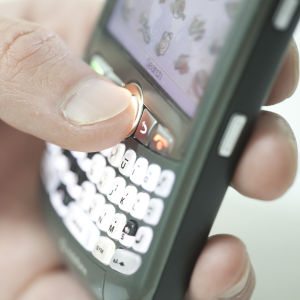 Do Data Caps Help Companies as Much as They Hurt Consumers?

While caps on the amount of data consumers can use in a billing cycle have become commonplace in recent years for major U.S. mobile carriers and wireline Internet service providers, a new report out this week from a tech think tank in Washington suggests the effects of those caps may be harming low-income Americans, while simultaneously bolstering corporate profits.

The report out Tuesday from New America’s Open Technology Institute, “Artificial Scarcity: How Data Caps Harm Consumers and Innovation,” examines the effect of usage-based pricing and data caps by broadband and wireless providers, such as Comcast and AT&T, on innovation and consumers.

According to OTI, those effects include a disproportionate impact on low-income and minority populations, as well as telecommuters and students — all the while increasing provider’s profits with what the group describes as an “artificially scarce” resource.

“We analyze the financial incentive that Internet service providers (ISPs) have to implement these usage limits and discuss research that demonstrates how these policies affect consumer behavior,” OTI said in the report’s executive summary. “In particular, we explain how data caps can make it harder for consumers to make informed choices; decrease the adoption and use of existing and new online services; and undermine online security.”

As Internet connectivity switched from dial-up to broadband at the turn of the century, flat-rate pricing was standard until a decade later, when smartphones and streaming services saw higher adoption rates among consumers. In recent years, providers have turned to download and upload data caps, such as fixed limits, over-usage charging and transmission-speed throttling to tackle what companies including AT&T termed “network congestion” when they stopped offering unlimited data plans in place of capped plans in 2009.

In a previous 2012 study, OTI “found that data caps, especially on wireline networks, are hardly a necessity, and instead appear to be primarily motivated by a desire to further increase revenues from existing subscribers and protect legacy services (such as cable television) from competing Internet services.”

“There is little technical rationale for data caps, especially since congestion occurs in moments of peak demand, while data caps discourage usage at all times, even during off hours, when the network has plenty of capacity,” the group said.

Provider rhetoric has changed in the last two years to promote shared use and “fairness,” and data cap plans companies purport will save “light” data users more money. According to OTI, such “less for less” arguments “appear to be empty.”

“For example, while Comcast and Time Warner Cable offer discounts for ‘light’ data users, customers of both companies get just a few dollars back on their monthly bill for a significant reduction in use, and may face stiff penalties if they go over the reduced threshold in a given month,” the report states.

“Time Warner Cable gives customers $5 off for using less than 30 GB and $8 off for using under 5 GB, while Comcast’s ‘Flexible Data’ option provides a $5 credit for using 5 GB or less of data, but then charges $1 for each additional gigabyte above that threshold.”

Online video streaming services like Netflix and Hulu are another factor — not for the network traffic they incur, the report states, but for the customers they draw away from traditional cable subscriptions, many of whom are leaving cable behind altogether for web services. The trend leaves providers such as Comcast, now boasting more broadband than cable subscribers, looking for new revenue streams — like data caps — to make up the revenue lost by broadband-only customers.

“Where did all this extra capacity come from?” Ars Technica’s Jon Brodkin was quoted in the report. “The carriers’ networks didn’t double in size overnight. The capacity was always there — carriers just weren’t allowing customers to use it until one decided to boost data and the others followed.”

An analysis of the revenue streams from Comcast, Time Warner Cable, AT&T, Charter and Verizon included in the report shows providers devote as little as 10 percent of their overall capital and investment toward network innovation and expansion.

“According to Pew, the ‘smartphone dependent’ population — which reflects historically marginalized communities, including non-whites, low-income and low-education individuals, and youths — rely more heavily on mobile data plans as their primary way to access the Internet, and also report that they are more likely to be impacted by mobile data caps,” the report said.

“Data caps could create a significant — and perhaps insurmountable — barrier for these populations to take
advantage of new and innovative services,” the report states. “Consider, for example, trying to complete an online class using a mobile broadband connection with a data cap. Suddenly a ‘free’ course comes with the risk of a substantial overage fee.”

“In the conclusion, we urge the Federal Communications Commission, particularly as the new Open Internet Order goes into effect, to open up a serious inquiry into whether data caps are an acceptable business practice.”

The first enforcement action of the FCC’s newly implemented net neutrality Open Internet Order was a $100 million fine leveled against AT&T last month for inadequately notifying customers their unlimited data plans could be throttled after a certain point.

AT&T’s fine was based on “thousands of complaints” the FCC exaggerated, according to the pro-market tech policy watchdog Media Freedom.

“I think the legal process will side with the company,” Media Freedom Director Mike Wendy told InsideSources. “The FCC looks like it has ‘dirty hands,’ that this was a trumped-up, baseless charge. Quite simply, the underlying facts and past practices of the agency do not support its determination in the [notice of apparent liability], and AT&T will eventually prevail against the commission on this one.”