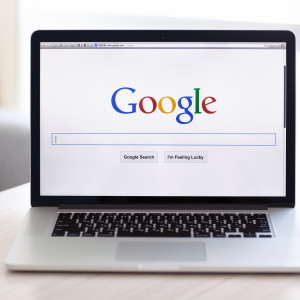 The Department of Justice plans to open an antitrust investigation into Apple and Google while the Federal Trade Commission plans to investigate Amazon, according to multiple news reports. The House Judiciary committee also announced it will open a bipartisan investigation into whether Big Tech suppresses competition.

“The open internet has delivered enormous benefits to Americans, including a surge of economic opportunity, massive investment, and new pathways for education online,” Judiciary Chairman Jerrold Nadler (D-N.Y.) said in a statement. “But there is growing evidence that a handful of gatekeepers have come to capture control over key arteries of online commerce, content, and communications.”

The FTC investigated Google for antitrust violations in 2013 and, despite releasing a 160-page report finding that Google uses anti-competitive tactics that harm consumers and the internet ecosystem, did not take action against the company.

2020 presidential contender Elizabeth Warren and President Donald Trump both spoke out against Apple, Google and other Big Tech companies over the past year, with Warren calling for breaking up Big Tech and Trump threatening antitrust investigations.

But Big Tech lobbying groups and some economists insist that companies like Amazon, Apple, Google and Facebook don’t violate antitrust law based on the current understanding of consumer welfare.

(Under the current understanding of consumer welfare, economists assume that if monetary prices for goods and services are falling, then that can only be a good thing — even if falling prices are accompanied by market consolidation and fewer choices for consumers. Some economists also say consumers pay for Big Tech services with their personal data, which has led to privacy violations and the current debate over writing a federal privacy law.)

“The Justice Department’s investigation of Google will come to the same conclusion as the FTC’s did in 2013 — that there is no antitrust case,” said Carl Szabo, vice president and general counsel for Big Tech lobbying group NetChoice, of which Google and Facebook are members. “It’s illogical that the DOJ is investigating competitors in the same market for monopoly behavior. Amazon, Apple and Google all compete with each other in a vibrant and competitive marketplace,” he said in a statement to InsideSources.

On Apple’s website, the company recently set up a page listing ways its App Store encourages competition among app developers and benefits consumers.

“We believe competition makes everything better and results in the best apps for our customers,” Apple said, almost as if speaking directly to federal lawmakers and regulators. “We also care about quality over quantity, and trust over transactions. That’s why, even though other stores have more users and more app downloads, the App Store earns more money for developers. Our users trust Apple — and that trust is critical to how we operate a fair, competitive store for developer app distribution.”

“Antitrust scrutiny on its own if nothing else is a good red flag to encourage companies to act more competitively and divest themselves of businesses that might invite regulatory action,” Sinnreich told InsideSources. “I think antitrust by the FTC is a good idea, that doesn’t necessarily mean the government will decide to break the company up.”

Despite Apple’s protests to the contrary, Sinnreich believes Apple does behave anticompetitively in its App Store because its business model encourages it — Apple works hard to dissuade any Apple customer from switching brands.

“I can’t get a new brand phone unless I find a place to store all the 15,000 photos I’ve taken over the years [with an iPhone],” Sinnreich said. “Their role in streaming distribution, combine that with their role in facial recognition and biometrics, it begins to get really problematic.”

Apple’s not alone in the scrutiny: tech experts and economists say the same about Amazon and Google.

“[Big Tech companies] do behave anticompetitively and are not concerned with maintaining a robust landscape of software providers,” Sinnreich said. “They use that landscape for free market research and then they adopt whatever is popular and undercut the market for the third parties that developed the technology in the first place.”

But not everyone agrees Big Tech should be broken up, even those who criticize Big Tech’s role in the marketplace. At a tech event hosted by the Hoover Institution in May, experts on both the right and the left discussed how we may not have a proper regulatory framework to deal with Big Tech because the internet evolved so rapidly.

“The ideal outcome would be for antitrust law to develop a more nuanced understanding of this new object we call tech platform and to develop a non-biased rationally based across the board approach to regulating platforms in a way that recognizes the synergy between hardware, software, advertising, and biometrics and then to apply that standard forcefully to every company that occupies the space in a way that prevents them from using vertical and horizontally integrated monopolies in a way that harms civil liberties and competitive markets,” Sinnreich said. “It would be jumping the gun to say the ideal outcome is Google gets broken up. It’s important we have a sensible policy that is enforced and forward-thinking.”

Google told InsideSources that the company does not have a comment for this story.