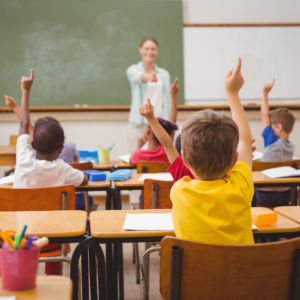 Donald Trump’s education policy speech continued to draw reaction from experts on Friday, with responses ranging from highly qualified support on the right to outright contempt on the left.

Trump, the Republican presidential nominee, spoke Thursday at a charter school in Cleveland, where he pledged $20 billion in federal school choice grants if he wins the White House. The money would come in the form of block grants to states.

Superficially, these policies should appeal to conservatives. Writing Friday for Education Week, American Enterprise Institute scholar Rick Hess was pleased to hear what little substance Trump offered. However, he wrote, “there’s no point in putting a lot of stock in his speeches and utterances. Trump says stuff. It’s mostly performance art. He’s changed his mind many times on questions big and small.”

Hess’s commentary got tougher from there. “A speech like this is where Trump’s lack of thoughtfulness or a meaningful policy operation really comes into play,” he wrote. “If a Jeb Bush, Ted Cruz, or John Kasich gave this speech, I’d have some confidence that they’d thought about what this would really look like. With Trump, it’s hard to have any such confidence.”

Ultimately, the scholar concluded that Trump’s education policy could hinge hugely on his appointments in this policy area.

Reaction to Trump’s speech on the left, meanwhile, was strongly negative.

“Unrestricted block grants have been a longstanding dream of Republicans as a way to advance school choice and the free market that will magically ‘save’ all children everywhere,” Diane Ravitch, an education historian and research professor at New York University, wrote on her personal blog. “The absence of any evidence for the superiority of charter schools, online schools, and vouchers is irrelevant.”

As far as we can tell, Trump never bothered talking to educators to find out what support they need in order to give every kid a great education. Instead, he shows his usual obeisance to the idea of making public education a market rather than a public trust, to blaming rather than respecting educators, and to ideas that have failed to help children everywhere they’ve been tried but instead, in their wake, have hurt kids by leaving public schools destabilized and their budgets drained.

As InsideSources previously reported, Democratic presidential nominee Hillary Clinton has the enthusiastic support of teacher’s unions. She is planning a break from President Barack Obama on education policy, voicing greater skepticism of teacher evaluations based on test scores and charter schools.