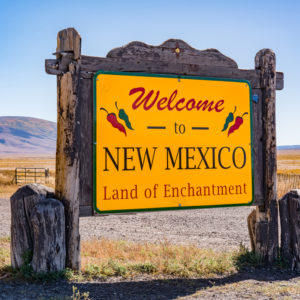 The solons haven’t even arrived in Santa Fe, but the competition for Worst Bill of the 2020 Legislative Session is already fierce.

A $15 minimum wage. Government-mandated paid leave. An expansion of the Industrial Revenue Bond Act. A local liquor tax. Imposition of an additional fee on pet food.

But The Worst of The Worst — at least so far — is a four-way tie: HB 29, HB 77, SB 68, and SB 81. Sponsored by Democrats and Republicans, the bills would exempt all or a part of Social Security checks from the state’s income tax.

For decades, columnist Robert J. Samuelson has worked to debunk “the outdated and propagandistic notion that old age automatically impoverishes people.” A century ago, those “lucky” enough to make it to 65 and beyond did indeed have it rough. Inadequate retirement income — assuming that leaving the workforce was an option — and ailments for which there were few effective treatments meant that the last years of life were likely to be quite unpleasant.

That changed with substantial economic growth, private pensions, health care advances, and the enactment of Social Security and Medicare. Ranked by age, elderly households are now substantially richer than their young-adult and middle-aged counterparts. Research by the Federal Reserve Bank of St. Louis found that between 1989 and 2013 alone, “the median inflation-adjusted wealth of American families headed by someone aged 62 and older leapt 40 percent.”

In 2011, physician and bioethicist Ezekiel Emanuel noted that “the median income of married couples between the ages of 65 and 69 is $61,000, and a quarter of these households bring in more than $100,000 each year.” A 2015 analysis by The New York Times found that old folks, “supported by income from Social Security, pensions and investments, as well as an increasing number of paychecks from delaying retirement,” did not merely weather “the economic downturn that began in 2007 but made significant gains.”

Welfare programs are a big reason seasoned citizens are thriving. Despite the constant blather about “we’re only getting back what we paid in,” for the vast majority of beneficiaries, entitlements give much more than they take. The Urban Institute’s calculations of “the expected present value at age 65 of (Social Security and Medicare) benefits received in retirement and taxes paid over a career for households with different earnings and marriage histories” offer bracing evidence of why D.C. is $23.2 trillion in debt. A “single woman with low earnings ($23,400 in 2018 dollars)” will enjoy a lifetime entitlement windfall of $310,000. The haul for a “married one-earner couple with high earnings ($83,000 in 2018 dollars)” will be $602,000.

Much of the funding for Social Security and Medicare is delivered via the payroll tax, a hideously regressive levy that redistributes wealth from the working young to the retired old. As Urban’s Howard Gleckman notes, “income tax payments don’t begin to exceed payroll taxes until household incomes reach six figures, and only really dominate for those making $200,000 or more.”

Learn the truth about America’s unsustainable entitlement scheme, and it’s difficult to reject the assessment of former federal judge Janice Rogers Brown: “My grandparents’ generation thought being on the government dole was disgraceful, a blight on the family’s honor. Today’s senior citizens blithely cannibalize their grandchildren because they have a right to get as much ‘free’ stuff as the political system will permit them to extract.”

Leaving aside the fact that New Mexico’s tax code currently contains a number of provisions to lighten the tax burden for low-income elderly filers, the creation of one more gimmie for seniors would add to the complexity of a revenue-raising structure that is riddled with cronyism.

Buying the support of powerful constituencies is a reliable method to secure re-election. But it’s terrible policy. Yes, New Mexicans — all New Mexicans — need tax relief. At the state and local levels, rates should be lower and broader. Some levies should be nixed altogether.

But a carve-out for an affluent cohort that is blissfully comfortable with sabotaging the nation’s fiscal future? Hard pass.