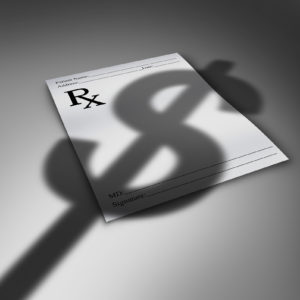 U.S. healthcare spending has reached a new high, according to the latest federal data. The Centers for Medicare and Medicaid Services estimate national health expenditures reached $3.8 trillion in 2019, an increase of 4.6 percent over the previous year. That’s just under 18 percent of the national economy.

It’s more than any other country spends on health care. And yet, it may represent a good deal for American patients, who get far better care than their counterparts elsewhere.

Yet timely medical care is also far harder to come by in countries with government-run health care, like Canada and the United Kingdom. The median wait for specialist care in Canada in 2020 was over 22 weeks, according to the Fraser Institute, a Canadian think tank. In some provinces, it’s more than 40 weeks.

Treatment delays are just as common in the United Kingdom’s National Health Service. In 2019, a record 15.3 percent of emergency room patients waited more than four hours for care. Wait times for cancer care also set records. And this was before COVID-19 overwhelmed the British health sector.

Moreover, it’s common for patients in NHS hospitals to be treated in crowded wards, not private rooms, as is the norm here in the United States.

American patients also have better access to the latest medical treatments and technologies. Between 2011 and 2017, there were 220 new drugs launched worldwide. Roughly 90 percent were available to Americans. By comparison, U.K. patients had access to just 67 percent. Fewer than half were available to Canadian, French, and Australian patients.

The United States is notorious for having the highest drug prices in the world. But drug spending accounts for a relatively small portion of our overall health bill — just 10 percent. As a share of national health expenditures, that’s less than what much of the rest of the developed world spends on drugs.

Access to the latest treatments and technologies can yield superior health outcomes. For instance, thanks in part to the extraordinarily high level of cancer care offered in the United States, Americans are far less likely to die of the disease than patients in Europe.

It’s also worth noting that overall healthcare expenditures in the United States grew at a slower rate in 2019 than they did in 2018 — even though the use and intensity of healthcare services increased. The growth rate for medical prices, meanwhile, fell.

In other words, Americans got more for their healthcare dollar in 2019.

Finally, America is much richer than other developed countries. So we have more money to devote to health care. Assuming purchasing power parity, per-capita GDP is 27 percent higher in the United States than in Canada — and 34 percent higher than in the United Kingdom.

The question Americans should be asking isn’t whether the nation spends too much on care but whether we are getting a good value for our money. While we can certainly do better, the answer to that second question is an emphatic yes.