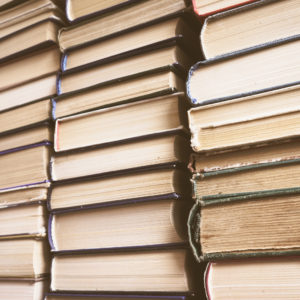 Amid backlash from some local superintendents and mixed signals from Washington, a senior official in the Ohio Department of Education indicated that his team would stay the course in the finalization of the state’s draft ESSA plan.

Chris Woolard is the senior executive director for accountability in the state’s education department. In a telephone interview with InsideSources, Woolard said that he has been deeply involved throughout Ohio’s multi-phased community outreach process and the subsequent drafting of the state’s plan for how it will comply with federal accountability reporting requirements.

Since Ohio released its draft proposal, Woolard’s work has been complicated by two news stories—one local and one national.

On a national level, Congressional Republicans, emboldened by new leadership at the federal education department, have moved to use the Congressional Review Act to repeal a set of accountability regulations finalized under the previous administration. Those regulations explained what kind of reporting was expected from states under the new K-12 law of the land, the Every Student Succeeds Act.

Some Democrats, most of whom have opposed the repeal of the regulations, argued that repeal efforts would inject chaos into state efforts to craft ESSA accountability plans. The education department had previously announced that state ESSA plans would be accepted for review on April 3rd or September 18th of this year.

Despite the possibility for a repeal of the accountability regulations, which Woolard said Ohio’s state officials are following “with great interest,” the state is already months into the formulation of its ESSA plan, and the officials “can only go by the information we have.”

Woolard pointed to a “Dear Colleague” letter issued by the new U.S. Secretary of Education, Betsy DeVos, that said that developments in Washington “should not adversely affect or delay the progress that States have already made in developing their State plans and transitioning to the ESSA.” In other words, the federal education department plans to stick to the April 3rd or September 18th deadlines for submitting ESSA plans.

Woolard said he hears the superintendents’ concerns on over-testing, but the state accountability plan “isn’t a vehicle” for addressing those concerns. In other words, if Ohio’s educators want to reduce testing, that goal cannot be unilaterally accomplished through the state education department’s ESSA plan.

In addition to federally required tests, some assessments are mandated by Ohio state law or are instituted by the districts themselves, he said. Reducing total test time would require some combination of changes to state legislation and a more comprehensive reform effort from the local level.

One area where the Ohio’s education department did have considerable leeway in deciding how to craft its draft ESSA plan was the nonacademic “school quality” indicator it would pick to compare schools. Like a number of other states, Ohio announced its intention to measure, report, and slash rates of chronic absenteeism in its school districts.

Woolard said the increasing attention on data pointing to a correlation between chronic absences and student achievement factored heavily in the state’s decision to choose the measure as its nonacademic accountability indicator.

As part of ensuring that districts aren’t artificially tweaking their attendance numbers, Woolard said the state would also track student discipline incidents in schools. For example, he said the state does not want to see a spike in expulsions among districts trying to wash their hands of their most troublesome students.

Other states have decided to institute statewide “school climate surveys” to satisfy ESSA’s nonacademic indicator requirement. Woolard said there is interest in Ohio for such a survey system, but if the agency decides to adopt a school climate survey, it would be incorporated into the state’s accountability regime at a later date.

The opportunity to comment on Ohio’s draft ESSA plan remains open to the public until Monday of next week. Ohio is still targeting the April 3rd deadline for submission of its ESSA plan.