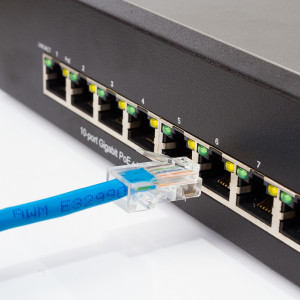 The Federal Communications Commission’s recently-implemented Open Internet Order regulating Internet service providers as public utilities may have a greater effect on broadband investment than the agency realizes, according to a study out Tuesday by two economists with experience in three presidential administrations.

“The FCC’s plans raise important issues about how Title II regulation of ISPs is likely to affect their future capital investments,” economists Kevin Hassett of the American Enterprise Institute and Robert Shapiro of Georgetown University’s Center for Business and Public Policy wrote. “This matter is very important for the future of the U.S. economy, because strong capital investment by ISPs is essential for the Internet’s continuing utility, efficiency, and expansion.”

Those plans in effect as of June reclassify Internet service providers as public utilities under Title II of the 1934 and 1996 Telecommunications Act, granting the FCC greater authority in regulating ISPs on everything from the prices for service to companies and consumers to security standards for housing consumer data. The rules also bar ISPs from throttling or favoring Internet traffic and brokering higher-paying deals with Internet content creators like Netflix and Google-YouTube for faster prioritized service.

“We conclude … that the policy will likely have significant adverse effects on future investment in the Internet,” the authors wrote.

Cisco reports Internet protocol traffic in the U.S. quadrupled between 2009 and 2014, and is expected to continue growing at similar rates for the next half-decade. Significant investment has accompanied that growth, totaling more than $1 trillion over the last 15 years according to Tuesday’s report, $78 billion of which was invested in 2014 alone, according to USTelecom.

The authors estimate the scale of impact resulting from the regulatory uncertainty brought on by Title II could be “quite large, from about 5.5 percent to as much as 20.8 percent,” though even those projections could be “significantly understated.”

“Introducing substantial, new regulation of the businesses that provide much of the Internet’s infrastructure and content could not only raise the cost and price of most Internet communications,” the study states. “It also could reduce the efficiency of most network arrangements that depend on Internet platforms, devalue the investments made in those platforms or based on them, and force many organizations to reorient their enterprises in ways that would minimize the costs of the regulation rather than maximizing efficient operations.”

The authors point to the FCC’s Universal Service Fee as one example of a direct cost on ISPs resulting from common carrier regulation. Currently, 5.4 percent of U.S. households only have access to broadband through satellite, service that is commonly expensive, slow and unreliable. The FCC has suggested applying the telephone universal service program — which subsidizes service to rural and low-income Americans with fees paid by typical consumers — to broadband, increasing the demand for wired networks and prompting ISPs to build out further.

Wired and wireless telephony universal service fees typically cost eight to 11 percent, sometimes higher. According to the authors, installing comparable fees on broadband could produce damaging feedback, driving up the cost of service for everyone else, reducing adoption rates among the 95 percent of currently connected households and adding to the currently unconnected 5.4 percent.

Other costs will result in ISPs having to divert resources and attention away from their basic business in order to ensure they comply with the new regulations, which are themselves rooted in uncertainty stemming from ongoing legal challenges and forthcoming election leadership changes in the executive branch and Congress.

Currently, Republicans in the House and Senate are pushing legislation to block or overwrite Title II, as well as change the FCC’s procedure for adopting new regulations.

The authors predict the expansion of authority could take years to sort out, compounding the cutback in investment as regulators establish a new and untested framework for enforcing the rules, and ISPs withhold investment until fully understanding such rules’ implications and consequences.

Uncertainty is not necessarily a “negative” for investment by default, but investment post the adoption of regulations clouded in uncertainty that incur large sunk costs not easily reversed (as is the case with most bureaucratic rules and infrastructure once they’re put in place) can have large negative consequences, the authors conclude.

“Innovation always entails substantial risk of failure and often involves substantial sunk costs. Therefore, we should expect that the incentives to assume those risks and bear those costs are greatest when the additional costs of regulation are absent,” the authors wrote. “If the objective of regulation, as the authors of one study put it, is to ‘ensure a self-sustained pro-competitive market structure … that benefits consumers, in terms of lower prices, better quality and extended variety of product choice,’ it must be said that deregulation serves that purpose more directly and efficiently, unless the industry is truly and naturally dominated by a sustained monopoly or oligopoly.”

The industry is on the verge of such a state according to pro-net neutrality groups like Public Knowledge, the Broadband Coalition, the Computer and Communications Industry Association, COMPTEL, Engine, Level 3 and others. The coalition came together to launch a new campaign dubbed “Competify” Monday urging the FCC to investigate broadband pricing in the wake of mergers like that recently proposed by Time Warner Cable and Charter Communications.

According to the FCC, the merger would establish the third-largest television provider in the country, serving 17.3 million customers in almost 40 states and gather together 19.4 million broadband subscribers — the second largest of any broadband provider in the U.S.

“A few huge Internet gatekeepers now dictate when, where and how much you pay for the broadband access,” the group said on its website. “And worse, these companies overcharge both consumers and businesses billions of dollars every year, imposing a huge cost on the U.S. economy.”

“The FCC must address anti-competitive behavior in this market to reach its goal of delivering better, faster, cheaper broadband to all Americans.”