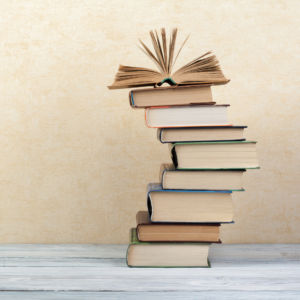 How strict should the federal Department of Education be when reviewing state accountability plans under the sweeping new education law that replaced No Child Left Behind? The new law, the Every Student Succeeds Act, or ESSA, returned considerable education policymaking power to states, but the bipartisan compromise also includes hard-fought provisions won by Democrats that put some limits on what states can and can’t do.

While the law hasn’t fully taken effect yet, the fight over how it will be implemented has been messy. The outgoing Obama administration pushed through a series of regulations on ESSA implementation that angered Republicans—who promptly repealed the rules on mostly party line votes upon taking power earlier this year. Congressional Republicans have generally argued that the states should be given maximum flexibility in crafting their educational accountability plans, while Democrats have called for the Education Secretary to take a muscular oversight role.

Because of this partisan dynamic, some were taken by surprise when President Trump’s Education Department, led by Secretary of Education Betsy DeVos, issued rigorous feedback on submitted state ESSA plans earlier this month. Michael Petrilli, president of the center-right Thomas B. Fordham Foundation, for example, wrote a post accusing the Education Department of “misreading the law, the substantive issues, and the politics” in the first batches of feedback sent to states.

Jason Botel, the Acting Assistant Secretary for Elementary and Secondary Education of the federal Department of Education, is currently leading the agency’s review of the state ESSA plans. He spoke with InsideSources about the process the state plans are going through within the Education Department.

“Our goal is that we would love to see every state submit a plan that meets the statute and gets approved,” said Botel.

He acknowledged that the plans the states are submitting are highly technical, and in some cases, through no real fault of the states, some required information may have slipped through the cracks during the drafting process. In most cases, Botel said that the Department is merely looking for more information, rather than disagreeing with what a state ultimately wants to accomplish.

To date, 17 state ESSA plans have been submitted (the remaining plans are due this fall). Once submitted, the plans undergo two separate simultaneous reviews under the Education Department. One of them, which is mandated by the law, is a “peer review” organized by the agency that extends non-binding feedback to states on whether their plans have hit the mark. The actual panelists conducting this review are mostly former state-level education officials, not actual Education Department staff. The feedback from the peer reviews is non-binding.

In addition, Botel, a political appointee, is leading another staff-level review internal to the Department, which was not called for in the law. His review is intended to give states even more feedback on their submitted plans. While Botel’s suggestions to states are also technically non-binding, many are viewing the letters he is sending to states as an indication of what the Department expects to see changed if a state wants its plan approved and hundreds of millions—or billions—in federal K-12 aid to be unlocked.

“Ultimately, the Secretary makes a decision about each plan,” said Botel. “What we are saying when we give that feedback is: ‘in order for the Secretary to be best positioned to approve a plan, these are the things we think could use further clarification or some modification.’”

After extending his feedback, Botel and his team are giving states 15 days to alter their plans and resubmit—or to keep them as they are. So while a state is entitled to risk it and resubmit the same plan after the waiting period, the implicit threat is that the Education Secretary could reject their plan if changes aren’t made.

Botel brushed aside the concerns, from Petrilli and others, that the Education Department is overstepping its bounds by urging changes to state ESSA plans. He framed the Department’s work as an effort to help states take advantage of the extra flexibility afforded by ESSA, while staying in compliance with the letter of the law.

Botel also said that he has been heartened by the robust debate and the attention the ESSA plans have received from outside groups. Some, for example, have created entire websites devoted to evaluating the quality of submitted state ESSA plans. Botel stressed, however, that the Education Department’s focus is narrower in its review—he and his team are evaluating the plans for legal compliance, not necessarily to extend judgments on the quality of the interventions proposed. He also noted that a stern feedback letter does not necessarily mean that what a state wants to do is not allowed; it could simply mean that the Department wants more clarity.

“Even in a case where we give feedback that says something to the effect of ‘what you’ve put in the plan—it’s not clear that it meets the statute’ that could just mean that as we read the plan and look at it against the statute—we really may not have enough information to make sure that what is being planned meets the requirement of the statute,” said Botel.

“What we’re going to see in some cases,” he went on, “is states simply adding more details and giving us the information we need to say ‘oh yes, this does meet the requirement.’”

By law, Secretary DeVos has 120 days to approve or reject a completed and submitted state plan. It remains to be seen whether she will stick to the same “hard line” requests staked out by her deputies, like Botel, or if she will ultimately take the permissive approach that some top Republicans were expecting when they supported her nomination.