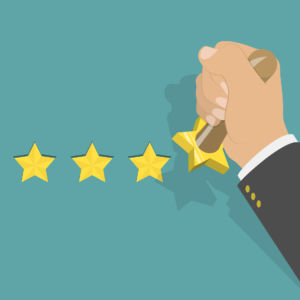 Education policy experts unveiled a new website Tuesday that evaluates the quality of submitted state educational accountability plans. The state plans, which must be approved by Washington under the Every Student Succeeds Act, or ESSA, call for a blueprint on how states will manage their school systems in the coming years. While many of the state ESSA plans earned praise, a number were criticized for being incomplete or lacking specificity—even though all of the states reviewed had already submitted their plans to the federal Education Department.

The new project, which will house external reviews of state ESSA plans on the website CheckStatePlans.org is the product of a partnership between The Collaborative for Student Success, which advocates for high standards in schools, and Bellwether Education Partners, a national non-partisan think-tank. The groups put together a roster of former top education officials and policy experts from a diverse array of backgrounds to evaluate state ESSA plans as they are submitted.

The state ESSA plans are significant because they unlock billions of dollars in federal grants. Since No Child Left Behind in 2001, the federal government had put tight restrictions on the reforms states had to enact to access federal educational support. Since the passage of ESSA in 2015, however, federal powers were significantly curtailed in many areas and returned to state policymakers—adding importance to the nuances in policy within the state plans.

Sixteen states and the District of Columbia submitted their state ESSA plans in time for the “early” April deadline. Each of those ESSA plans are evaluated in nine categories—including “standards and assessments” or “continuous improvement”—on a five star scale on the new website. The goal is to give constructive feedback to those states that have already submitted their plans, as well as to shape the conversation for the 34 remaining states that are facing a September deadline to get their plans finalized and submitted.

Chad Aldeman, a principal at Bellwether Education Partners, spoke with InsideSources about the expert reviews of the state plans he helped compile. Aldeman, who recently published a widely-circulated article on teacher pensions, is a former official in the Obama administration’s Education Department.

While the reviewers did not award summative, or catchall “grades,” on the state plans, those submitted by Louisiana, New Mexico, Nevada, and Tennessee stuck out as particularly well-developed, said Aldeman. On the other hand, he said that Arizona, Michigan, and Maine were either unclear in some areas or left too much to be determined at a later date in their submissions.

Aldeman did stress, however, that the review was intended to take each evaluative metric for each state separately. So there were some areas where all the states did relatively well according to the analysis, such as including more-sophisticated growth measurements in lieu of simple proficiency checks. There were also areas where the states struggled overall, for example in identifying struggling schools and crafting turnaround plans to address their weaknesses. (Aldeman alluded to the Obama administration’s controversial and failed school turnaround program as a possible reason for why state officials may be gun-shy about attempting to innovate in the difficult terrain.)

Another new area under ESSA is the requirement that states incorporate at least one non-academic indicator to measure school quality. Many states are using measures of chronic absenteeism, which is considered by some experts to be a better way to gauge attendance and to be more predictive of future academic outcomes for students. Some have also suggested that states are flocking to the chronic absence measure because much of the raw data is already being collected, so weaving the indicator into an accountability system might represent the easiest way to stay in compliance. Aldeman said that he understands the merits of the chronic absence measure, but he also said that his review process tried to reward states that are taking an innovative approach to testing, and later implementing, other indicators as well.

The new report, which Aldeman describes as a “peer review” comes in the context of an official peer review being led by the federal Education Department under Secretary Betsy DeVos. Initial comments delivered to some states, such as Delaware, raised eyebrows among some education advocates on the right. Michael Petrilli of the Thomas B. Fordham Institute, for example, penned a blog post accusing the Education Department of overreaching with its ESSA feedback.

On the other hand, the rigorous comments handed to some of the early states were a welcome surprise for some education policy watchers like Aldeman. Based off of comments DeVos had made during the confirmation process and based off of her conservative small-government ideology that prizes local control of schools, some were concerned that the Education Department may act as a rubber stamp for state ESSA plans.

Aldeman characterized the rhetoric suggesting that states should be left entirely to their own devices as “unhelpful,” arguing that a more robust review process would lead to stronger state plans and stronger outcomes for students. Furthermore, under ESSA, states are only required to go to the Education Department for approval once, making it even more important that the review process is serious, argued Aldeman.