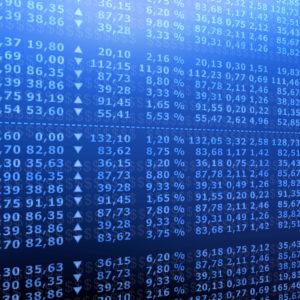 Could Education Publishers Be Pulling Out of Their Funk?

Houghton Mifflin Harcourt, or HMH, a major education publisher, shared relatively good news with investors this morning via a conference call. The multinational company saw its stock rise by over 10 percent during Thursday’s trading on the back of smaller year-over-year losses from 2016’s first quarter.

Multinational education companies, such as HMH and the London-based Pearson, have been scuffling over the past few years. Both companies have shed staff amid poor performance in 2016. Pearson has been particularly beleaguered. The company’s stock dropped from over $22 in March 2015, to under $9 this month. HMH’s stock is also down over 50 percent from a June 2015 high—even after the Thursday rally.

The big education publishers are facing headwinds from the growth of the Open Educational Resources movement which has increasingly made curricular content freely available online. Competition and easy online delivery have eaten into the textbook business that have historically been the big publishers’ bread and butter.

HMH and Pearson, along with McGraw-Hill, another big publisher, have attempted, with varying degrees of success, to pivot to digital platforms that deliver adaptable content and assessments. There is optimism among education companies and policy experts that personalized learning models could revolutionize the way students are taught. At this point, however, the transition to digital delivery is still in the adoption phase, and the incumbents in the market have suffered during the changeover to varying degrees.

Pearson faces the added complication of being over-exposed in the virtual school business. A damning investigative review of cyber-charters and online for-profit K-12 operators by Education Week has cast serious doubt over whether the model improves outcomes for students. The Financial Times cited the package of articles along with a tougher regulatory environment as a reason for the company’s continued poor performance into April of this year.

HMH executives sounded a cautiously optimistic tone during a Thursday morning call with investors and media. The company lost $121 million in the first quarter of 2017, which is down from a $165 million loss in the first months of 2016. The company says its business model is seasonal, partially a function of the opaque K-12 purchasing landscape, so losses in the first quarter are not unexpected. HMH suffered a net loss of $285 million in all of 2016, which some believe led to the resignation of former CEO Linda Zecher.

In a press release, HMH CEO Jack Lynch, who has only been on the job for a few weeks, touted a “solid” first quarter. “This is a transitional time for HMH as we make the necessary operational changes to streamline the company. Importantly, we remain focused on strengthening our core business and improving our industry-leading educational offerings.”

With layoffs underway, HMH announced that it expects to save between $70 million to $80 million every year beginning at the end of 2018. Executives argue that the cuts will help their business in the long run by facilitating a quicker transition to the digital-based opportunities that they think will be most promising in the coming years. Investors appear to be rewarding the company for the decision.

Toward the end of the Thursday conference call, Lynch was asked about how well the company is positioned to survive competition from low-cost or free web-based competitors compared to other companies in the education publishing business. The executive expressed confidence, saying that the company’s size gives it an advantage over other regional, smaller providers.

‘’Typically what you see in K-12 are a lot of companies who don’t enjoy the same distribution scale that we have, who are also most vulnerable, frankly, when they are bringing new products to market,” he said.

“I feel very good about the inherent strength of the business from a threat standpoint of new entrants.”