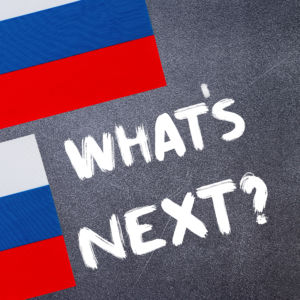 With consequential midterm elections approaching in November for the U.S. House and Senate, influential seats in Iowa — from state executives to state House of Representatives — will also be on this year’s ballots.

For the state, this year, all of Iowa’s executive positions — governor, auditor, attorney general, treasurer, secretary of state, and secretary of agriculture — will be on the ballot. In the state legislature, 25 out of a total 50 Senate seats are up for election (all odd numbered districts), and all 100 House seats will be up for election. The formal filing period for the executive positions and the Iowa legislature candidates (excluding governor) is from February 26 – March 16, 2018.

Governor
Incumbent Republican Kim Reynolds and her Lt. Gov. Adam Gregg are running for re-election in 2018 and will go to primary with three other candidates. Reynolds is currently completing former Governor-now-Ambassador to China Terry Branstad’s term. Reynolds was Branstad’s Lt. Gov. from 2011 through 2017. Once taking office, she appointed Gregg, a public defender for Iowa, who lost a bid for Iowa Attorney General in 2014.

Secretary of State
Current Secretary of State, Republican Paul Pate, held the position from 1995 to 1999, and then from 2015 to present. Pate was also a state senator from 1989 to 1995, and was the mayor of Cedar Rapids from 2002-2006. Pate has not officially declared himself as a Republican candidate for the race, and no other Republicans have announced intent to run.

Two Democratic candidates have announced their intent to seek the nomination, including: Deidre DeJear, a Des Moines business owner, and Jim Mowrer, an army veteran who previously ran for U.S. Congress in the third and fourth district.

Attorney General
Incumbent Democrat Tom Miller has announced his intent to run for a 10th straight term. He’s held the position since 1995. No Republicans have announced a campaign yet.

Auditor
Incumbent Republican Mary Mosiman has announced her intent to run for the position. She was appointed by Branstad in 2013 and ran in 2014. Democrat Rob Sand, a former assistant attorney general, has also announced his intent to run.

Secretary of Agriculture
Current Secretary of Agriculture Republican Bill Northey has held the position since 2007, and is currently awaiting an appointment to the Trump Administration as Undersecretary for Farm Production and Conservation in the U.S. Department of Agriculture. His commitment to running in the election is dependent upon his appointment. Ray Gaesser, former Iowa Soybean Association President and American Soybean Association Chairman has declared his intent to run for the Republican nomination.

Congressional Seats: (all listed candidates have filed with the FEC, and have not withdrawn their name from the race)