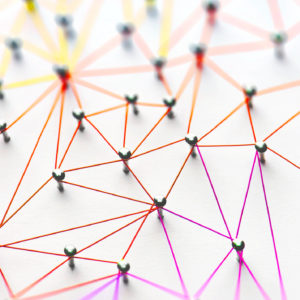 Outside of the upper rungs of the socioeconomic ladder, measures of social cohesion in America are increasingly setting off alarms, according to congressional testimony from a panel of leading public intellectuals and academics. Though few concrete policy proposals were on the agenda, the hearing provided insight into how top thinkers from across the ideological spectrum are characterizing a unique period of civic disunity in American history.

Vice Chairman Mike Lee, R-Utah, of the United State’s Congress’ Joint Economic Committee presided over the Wednesday hearing on “The State of Social Capital in America Today.” Robert Putnam and Mario Small of Harvard University, (both of whom lean to the left), and Charles Murray of the American Enterprise Institute and Yuval Levin, the editor of National Affairs, (who both identify as conservatives), presented their expert testimony. Putnam, who wrote Bowling Alone, and Murray, who wrote Coming Apart, (both books are best-sellers), are particularly prominent national voices in what is now a decades-long conversation about fraying social bonds in America.

Though experts debate the term’s precise meaning, “social capital” generally refers to the health of interpersonal relationships in American communities. This can refer to the strengths of public and private institutions like the family, the church, community organizations, and platforms for constructive political dialogue. While there is no agreed upon index for measuring levels of social capital, the experts generally agreed that Americans are increasingly isolated and unhappy, which is manifested in the weakening of the “bridging” and “bonding” forces that comprise social structures.

A notable exception of the downward trend in social capital, according to experts like Putnam, is in the upper middle class and upper class. The problem of declining social capital is therefore specific to less wealthy Americans—regardless of race or ethnicity—who have seen a decline in marriage rates, a spike in out-of-wedlock births, and rising male unemployment. Certain areas of the country, particularly rural areas like Appalachia, have also been hit hard by an epidemic of drug addiction and economic malaise.

Putnam also stated that the baby boomer generation has far less social capital than their parents, sometimes referred to as the “greatest generation.” He wrote about the problem extensively in his aforementioned bestselling book where he linked the decline to suburbanization, the privatization of recreation time through television, and other unexplained factors.

He noted that twenty years later, “the bowling alone generation is becoming the aging alone generation.” He added that policymakers are underestimating the high cost associated with caring for an elderly generation that has a weak support system to rely on for informal care.

Small, along with Democrats on the committee, called for expanding public preschool accessibility. Greater childcare options would arguably increase educational and social-emotional outcomes for children, while also freeing up their parents to take a more active role in their communities. While some of the more conservative speakers did not address the proposal directly, Murray and Levin did agree that social policy should be aimed at strengthening the family as a unit, rather than targeting parents or children in isolation.

Putnam and Levin both shied away from specific policy proposals, though they did say that policy-makers should be looking to empower local-level solutions. “Experimentation is what you do when you don’t have the right answers,” said Levin.

The argument he and Putnam put forward was reminiscent of the federalist principle that the states are the “laboratories of democracy,” or that trial and error at local levels can then allow the collective to move to adopt the most successful interventions. One success story that could be studied more closely, suggested Levin, is the successful reduction in teen pregnancy rates in the past 15 years, the causes of which, he argued, are still not entirely understood.

Murray, who proved to be the most controversial panelist invited to the hearing, sidestepped questions about public policy entirely, in favor of calling for a sea change in cultural attitudes shared by Americans. Murray noted that American history has seen a series of religious “Great Awakenings” particularly in the 19th century that “seemed to come from nowhere” to powerfully reshape social norms. While he acknowledged the sometimes-controversial role religion plays in public life, he argued that no discussion of the solutions to declining social capital would be sufficient without it.

Certain Democratic members on the joint House and Senate committee expressed hostility at Murray’s very presence at the hearing. Rep. Carolyn Maloney, D-N.Y., accused him of being a sexist, while Rep. Don Beyer, D-Va., trashed Murray for suggesting there could be a genetic link between social structures, intellectual aptitude, and race, in his book, The Bell Curve. While Murray was not afforded an opportunity to respond to those criticisms directly, Levin did step to his defense by obliquely remarking at the irony of using the forum on social capital to discredit Murray’s work.

One way to increase levels of social capital is to increase trust, which is often done face-to-face, remarked Levin, in response to questioning from Sen. Gary Peters, D-Mich. Levin questioned a political atmosphere in which debates are seen as “an endless fight to the death,” and called for frank in-person discussions that complicate efforts to make a straw man of opposing viewpoints. Nevertheless, said Levin, “it’s not always impossible to treat people as caricatures who are sitting right in front of you, I think it happens all the time. I think it’s happening right now in some respects.”

Another noteworthy insight from the expert witnesses came when Putnam thought aloud about the role that the Internet and increased connectivity plays in the construction of social capital: “Will the Internet make the problem better or worse?” he asked aloud. “The answer to that question is ‘yes, it will make it better and worse.’”

Rather than think about the role of the Internet and social media in opposition to in-person interactions, Putnam said that the mediums through which social capital is constructed and exchanged should be thought of as an “alloy,” or the fusion of virtual and “real” methods of interaction. The widespread millennial adoption of information technology is therefore not strictly in tension with in-person interaction, but part of a larger framework though which underlying social and cultural trends are being played out, he suggested.

Another main takeaway from Putnam: while there is division over policy prescriptions, there is increasing consensus among academics over the nature of the problem. There is a decline in social capital in many American communities, and the problem is linked to the breakdown or fractionalization of traditional institutions like the family, the church, and the community. As he noted in his opening statement, studies show that these trends affect economic productivity, educational performance, personal happiness, and potentially, the quality of a democracy.

Or, as Murray stated toward the end of the hearing, unless the problem is solved, the nation risks permanently jeopardizing what he believes is “the signature of American exceptionalism.”