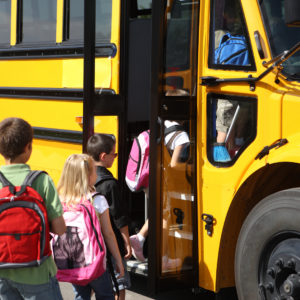 A Congressional hearing on Tuesday morning in the House of Representative’s Education and Workforce Committee laid bare continued partisan disagreements over both the implementation of the Every Student Succeeds Act, or ESSA, as well as broader education policy. Education, historically a relatively sleepy bipartisan issue in Washington, took center stage earlier this year with the contentious nomination of Secretary of Education Betsy DeVos. Since then, lawmakers have continued to squabble over issues such as the administration’s proposed budget, the Education Department’s interpretation of ESSA, civil rights protections for students, and school choice initiatives. Each of these ongoing debates came up during Tuesday’s hearing.

The Chairwoman of the House education committee, Rep. Virginia Foxx, R-N.C., kicked off the proceedings by celebrating ESSA for the increased flexibility it provides to state and local education officials. ESSA, which replaced the controversial Bush-era law, No Child Left Behind, was a bipartisan compromise that limited the Secretary of Education’s authority in many areas of education policy.

“States and school districts were given new independence in creating a K-12 education program that works best for their own students, ending a Washington-knows-best approach to education,” said Foxx. “Rest assured that this committee will be watching to make sure that Washington keeps its distance.”

The top Democrat on the committee, Ranking Member Bobby Scott, D-Va., used his opening comments to counter Foxx’s characterization that local officials should have an entirely free hand in crafting education policy. “ESSA is not a blank check to states and districts,” he said.

The subtext of that exchange centered on continued acrimony between the parties over the repeal of accountability regulations originally approved by the outgoing Obama administration. Earlier this year, Republicans used the Congressional Review Act to strike those regulations, angering many Democrats who feared that the repeal of the rules would lead to confusion as states work to craft ESSA plans. During the hearing, some Republicans accused Democrats of attempting to relitigate the rules repeal, rather than moving forward on ESSA implementation.

While the more restrictive Obama-era accountability regulations have been scrapped, some top Republicans have criticized the Trump administration for feedback delivered to states that submitted their ESSA plans early. Sen. Lamar Alexander, R-Tenn., the influential chairman of the Senate’s education committee, is one of the top conservative lawmakers to have spoken out against the feedback issued to states by DeVos’ Acting Assistant Secretary for Elementary and Secondary Education, Jason Botel. (In an interview with InsideSources, Botel characterized his feedback as a nonbinding effort to help states stay in compliance with the law). Notably, Foxx did not join Alexander in explicitly criticizing the feedback issued by DeVos’ team, though she did say that she would be inviting department officials to testify at future hearings, as none were present on Capitol Hill on Tuesday.

Another key talking point for Democrats, as well as some of the committee’s witnesses, was the deep cuts to federal educational programs proposed by the Trump administration. While the cuts in the recently released House GOP’s budget plan are less severe, they would still eliminate over $2 billion in funding for teacher professional development and reduce federal funding for after-school programs.

Gail Pletnick, the superintendent of Dysart Unified School District in Arizona and the new president of the School Superintendent’s Association, for example, cautioned that the cuts would hurt local schools. Under questioning from Democrats, Pletnick also indicated that the growing school choice movement was of concern to her association’s members, many of whom are worried that increasing amounts of public educational dollars could end up diverted to privately-managed charter schools or private schools.

The Democrats’ witness, Phillip Lovell, an executive at the Washington D.C.-based Alliance for Excellent Education, echoed concerns over the budget negotiations while also taking a hard-line on the Education Department’s historic role in protecting civil rights for underserved student groups. The Education Department’s Office of Civil Rights has been in the news recently because of controversial comments made by Candice Jackson, DeVos’ top civil rights aide, on campus sexual assault. While Jackson is expected to keep her role at the Department over Democratic calls for her ouster (and the uproar over her comments are more relevant to discussions about higher education policy than K-12 policy), Lovell and the Democrats on the committee questioned whether the Trump administration is truly committed to intervening when student protections are at stake.

“The state plans are cautious, not courageous,” said Lovell in his testimony. He suggested that the Education Department may not be doing enough to ensure that states are being held to statutory requirements that at least 95 percent of students take state assessments for accountability purposes. That rule is important to equity advocates because some worry that otherwise schools will discourage struggling students from taking assessments in a bid to artificially boost their performance numbers.

Meanwhile, Republicans got some good news from the Government Accountability Office’s top education analyst, Jacqueline Nowicki. While Nowicki said that the federal watchdog is not evaluating state plans on their merits, her testimony and an accompanying GAO report, argued that overall, ESSA implementation is proceeding smoothly and that the policy objectives targeted by the legislation are mostly being met.