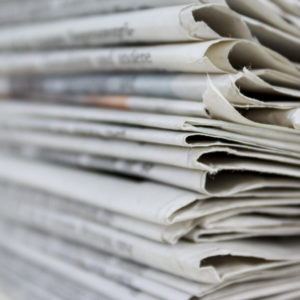 The Establishment — on Both Sides — Weaponizes ‘Fake News’

The epidemic of “fake news” is apparently so contagious it has spread to India. Ravi Prasad, the country’s Electronics and Information Technology Minister, claimed India is “helpless” in combating “objectionable content.” The Indian government has even threatened to jail people responsible for spreading that content.

Of course, the United States is not so overzealous, but it seems we are moving in that unfortunate direction. Ever since President Trump rightly weaponized that epithet against the mainstream media — as he did at a recent rally in Ohio — the establishment media and entrenched politicos have used “fake news” to delegitimize political speech with which they disagree.

House Democrats have scolded the president for “disseminating stories from dubious sources” and relying on “false reports.” The New York Times repeatedly admonishes Fox News’ Sean Hannity and other conservative commentators for engaging in “conspiracy theories.” Meanwhile, The Washington Post has made it a priority to teach readers how to identify fake news, however overblown the epidemic may be.

But Democrats and their media allies are not the only ones to blame. Establishment Republicans similarly weaponize the “fake” designation to delegitimize conservative outsiders, branding nontraditional voices as the political fringe to solidify their insider status.

Others have criticized Trump for inviting non-mainstream news outlets such as Gateway Pundit to White House press briefings. Back in February, The Resurgent called Gateway Pundit, a competitor, “a cesspool of fake news.”

Dave Schnittger, a longtime top aide to House Republican leaders, argues conservative news outlets undermine the congressional governing process. Another aide laments how such news pushes the Republican Party to the “anti-government, anti-compromise ideological right.” Others complain the conservative media are forcing members of Congress to embrace “extremist positions” for ratings and clicks.

And who can forget Joe Scarborough? The MSNBC host vocally defends CNN from the president, claiming the network — which has repeatedly bungled news stories about the White House and continues to propagate unfounded Russia allegations — “has more integrity on its worst day than Donald Trump has on his best.” (Like anti-Trump Democrats before him, Scarborough made sure to include the #RealNews hashtag.) He went on to praise CNN journalists, saying they should “take great pride in their work.”

The left is largely to blame for the weaponization of “fake news” as a bludgeon against free speech. Mainstream media outlets have taken to criticizing so-called “scam PACs,” political organizations that just happen to support conservative political candidates. The left-wing Campaign Legal Center laments the standard practice of “forming PACs that send urgent solicitations for small donations,” all while linking the “scam PAC” phenomenon to the tea party and conservative grassroots activists. Ignored is the reality that for those unrepresented by political elites, the only way to speak meaningfully and be heard is by creating and participating in outside speech and association.

But, again, both sides of the aisle are to blame for such sensationalist fearmongering. Townhall has similarly come out against “sleazy” super PACs for “fake fundraising.” Why? Because they are a threat to the Washington establishment.

As the establishment cowers in fear of non-mainstream opinions, the right to free speech should be defended now more than ever. No matter how it is expressed — whether through a candidate, PAC or other political organization — outsiders are being smeared as illegitimate simply because they do not belong to the insider cliques of Beltway politics. Epithets like “scam PAC” and “fake news” only serve to demonize those with whom the establishment disagrees, further dividing us into ideological factions.

While guarding themselves from the left, movement conservatives must not lose sight of the enemy from within: Entrenched Republicans fearing for their survival. Imagine the power of the conservative movement if Republicans stopped bickering about Gateway Pundit and “scam PACs,” and united behind the principles of limited government and individual freedom.