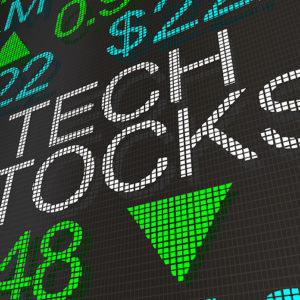 Posted to Technology April 18, 2022 by Thomas A. Hemphill

Nearly four years after passage of the European Union’s General Data Protection Regulation, which addressed how Big Tech manages consumer data in the EU, these tech giants will now be confronting significant changes in European competition law designed to rein in their market power. The EU’s goal is to create a clear set of rules that would prohibit the global tech giants from engaging in specific behaviors that competition officials view as anti-competitive. If enacted this year, the law is anticipated to be implemented in the EU by January 2023.

The DMA — in conjunction with the EU’s proposed Digital Services Act — will have significant future operational effects on Big Tech. What is the goal of the DMA? The stated goal is that the DMA “establishes a set of narrowly defined objective criteria for qualifying a large online platform as a so-called ‘gatekeeper.’”

In a statement, Vestager said, “This regulation, together with strong competition law enforcement, will bring fairer conditions to consumers and businesses for many digital services across the EU.”

Ostensibly, this approach “allows the DMA to remain well targeted to the problem that it aims to tackle as regards large, systemic online platforms.” And this proposed competition law is unique in that the act is focused on a specific industry, rather than general business practices, and consequently includes industry criteria and narrowly applied business practices.

Reportedly, Vestager reacted to Big Tech critics’ frustration over years-long antitrust investigations that resulted in allegedly inadequate remedies — for example, with Google enduring 8 billion euros in civil fines, with little real effect on its behavior — by their tech industry rivals. In lieu of a traditional, reactive competition policy stance resulting in endless legal proceedings, the DMA imposes approximately 20 rules that carry significant fines for noncomplying tech companies. Consequently, the DMA is designed to allow the EU Competition Commission to act rapidly before abusive competitive behavior by any gatekeeper reduces or eliminates competition.

The list of gatekeeper companies is not formally defined, but the market criteria to be employed to identify them will be based on such suggested criteria as market capitalization (75 billion euros), annual revenue (7.5 billion euros), average monthly turnover (10,000 yearly business users of at least one core digital platform), and 45 million monthly end-users. The DMA will impose fines of up to 10 percent of a company’s global annual sales for a first offense and up to 20 percent for repeat infringements, as well as imposing a temporary ban on companies that routinely violate the act’s principles from conducting mergers and acquisitions.

Under the act, the EU Commission will review all potential acquisitions of gatekeepers to restrict the acquisition of start-up innovation business or preventing a gatekeeper’s aim of eliminating a competitor.

What will the DMA’s effect be on U.S. Big Tech gatekeepers? The definition of who qualifies as a gatekeeper is potentially politically charged. Is the market criteria developed by the EU Commission designed to capture only U.S. tech companies — or will other tech companies, say TikTok, a video-focused social networking service owned by Chinese company ByteDance Ltd., or Booking, a Dutch online travel agency for lodging reservations and other travel products, for example, be designated as gatekeepers and be proactively regulated? The implications of how this gatekeeper criteria is applied could induce political strain on future U.S.-European economic relations.

Some of this potential U.S. antipathy could be mitigated if the “American Innovation and Choice Online Act,” with similar versions of the bill introduced in both chambers with bipartisan support, is passed in the Congress. This legislation, the most prominent and widely supported antitrust reform bills submitted in this Congress, has several provisions that mirror the DMA, including identifying seven specific business practices that Big Tech leverages in their digital platforms for competitive advantage as “unlawful conduct.”

There is criticism of this bill across the political spectrum, including that this legislation will harm consumers and small business, while negatively affecting new product innovation. If bills in both chambers are not passed this spring, it is unlikely that there will be any further opportunity for its passage in this Congress.