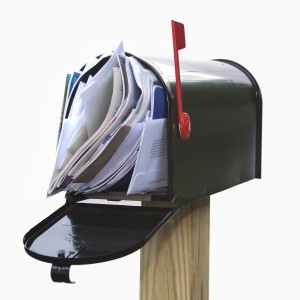 Facing Increased Scrutiny, What’s Next for the U.S. Postal Service?

Financial woes, questionable internal practices and an uncertain business climate at the US Postal Service laid the groundwork for a Brookings Institution event on Wednesday discussing the future of the agency.

After nearly a decade of challenges—financial and otherwise—and no sign of improvement, the debate over postal reform has become increasingly louder. A new Postmaster General, the recent release of the USPS’ Annual Compliance Report and pressure from the Postal Regulatory Commission has triggered dialogue about the need for regulatory overhaul.

Rob Shapiro, President of economic advisory firm Sonecon, argues that in recent years the Postal Service has suffered from mission creep—abandoning its nuclear purpose of reliable letter delivery in favor of other service offerings including same-day delivery and grocery delivery. Shapiro and others like him maintain that a government-monopoly like the Postal Service shouldn’t infringe on the competitive private market. “We need to think of it in terms of a public service entirely separate from the private sector or it will undermine an effective private sector,” he said at the event.

USPS Inspector General David Williams, an additional panelist at the event, advocated for continued expansion of services, citing the ways in which the Postal Service can help bridge the access gap among Americans. Williams pointed to digital services, explaining that with the continued closure of bank teller operations and the migration to mobile banking, many consumers are left in the dark. The Postal Service, he explained, could provide financial services at post offices for those who can’t participate in the world e-commerce.

Still, the Post Office’s last financial report revealed less than exemplary results, which begs the question: should the USPS enter into other markets without being financially sustainable in their core mission?

Last quarter yielded a $754 million loss for the government agency—an ongoing trend for nearly a decade. In 2014, USPS reported a $5.5 billion net loss—marking eight consecutive years of net losses for the government agency. The poor overall fiscal standing of the agency—which has sustained a net loss in 22 of the last 24 quarters—is largely due to an extension of services.

But the Postal Service continues to benefit from monopoly-based advantages, argues Shapiro, who, in time for the Brookings event released a report examining the institution’s special rights—including an estimated $18 billion in annual subsidies. The largest subsidy, according to a press release from Shapiro, “involves the USPS’s exclusive monopoly access to residential and business mailboxes (both curbside and in central mailrooms), which saved the Postal Service an estimated $14.9 billion in 2013 compared to the costs borne by private delivery companies that must leave all their deliveries at the front doors of residences and businesses.”

With a government-monopoly on letter delivery, the USPS should in theory produce enough revenue to contain costs and keep the agency afloat. But, Shapiro explains, “the USPS leverages these economies to reduce its costs in competitive operations, such as shipping and delivering packages and express mail.  In this way, the USPS’s monopoly rights and associated subsidies may well impair healthy competition in this large and growing market.”

Williams explained instead that the Postal Service should forge ahead and evolve to accommodate the needs of consumers. “We need to define the postal service conceptually as an enabler of communications and logistics services,” he said.

In any case, the need for some sort of reform is becoming increasingly more apparent. The Brookings event highlights the Postal Service’s position under the microscope. Under increased scrutiny from the Postal Regulatory Commission, and with more and more disagreement among industry experts and thought leaders, the road to regulatory overhaul could make its way to Congress in the very near future.