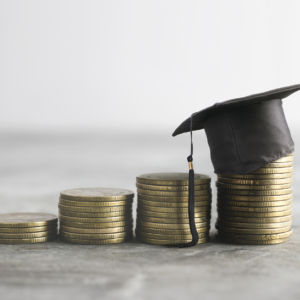 Nearly 180,000 additional graduating high school students filed the Free Application for Federal Student Aid, or FAFSA, compared to last year. College access advocates say the jump in filings is mostly thanks to recently enacted tweaks to the system that made the process more convenient for students. These changes included pushing up the start of the FAFSA filing season by three months, and giving students the permission to use “prior-prior year” tax information to determine their aid eligibility. The good news comes in spite of high-profile technical failures that cropped up in the spring and may have prevented the filing numbers from rising even faster.

The newly released statistics, compiled by the National College Access Network, or NCAN, show that overall FAFSA completion rates for all students (including those already enrolled in college) increased by six percent over last year, while the completion rates for graduating high school seniors were up nine percent. Kim Cook, NCAN’s executive director, spoke with InsideSources about this year’s FAFSA numbers and about the additional changes her group is pushing for.

“It’s excellent news that we’ve gotten more word about the FAFSA out to all students, particularly high school students. We hope this means that more low-income students will stop leaving money on the table by applying for the aid for which they are eligible for, and that [this trend] supports higher post-secondary completion for the entire country,” said Cook.

There were three main changes that went into effect for students completing the FAFSA this year as compared to last year: two positive and one negative. Cook linked both of the positive reforms to the FAFSA process to actions taken by the Obama administration.

The second tweak to the system also has to do with timing. Under the old system, FAFSA applications could only be filed starting at the beginning of January. Actions taken by the Obama administration allowed students to start filing their applications as early as October, which again, helped provide many students with a clearer picture of the weighty financial commitments they were undertaking.

Under the new system, “a low-income student could now, in October, file a FAFSA, learn they are eligible for a Pell Grant of $5,920 and likely also be eligible for a subsidized loan, and have that in their back pocket as they go shopping and think about whether college is ultimately affordable or possible for them,” said Cook.  She likened the new process to how most other major purchases in life are made; noting that when one buys a house or a car, the purchaser generally knows how much he or she is pre-approved for from a bank and what various repayment plans would look like.

The big headwind working against FAFSA completion for this year was the unexpected failure of the Data Retrieval Tool in March. Federal officials pulled the plug on the online application, which allows FAFSA applicants to automatically populate tax information from the Internal Revenue Service’s online databases into the Education Department form, when evidence emerged that criminals were using the service to steal personally identifiable information. While access to the Data Retrieval Tool was disabled late in the filing season, it also came unexpectedly, and at a critical moment when many students were still working on their applications.

Cook is heartened that the overall FAFSA numbers rose in spite of the failure and by the news that the government expects to have the tool back up by this October. But, she said there is reason to believe that some of the neediest students were the hardest hit by the outage.

“Those who file later, and aren’t aware of deadlines, are typically the lower-income and first generation students who lack the information about financial aid. So we are still quite concerned, we also realize that in some aspects we were fortunate that so many students were able to take advantage of the earlier filing time this year and were already in and done,” said Cook.

With the timing of the aid cycle improved and the Data Retrieval Tool problem being addressed, the next big item on the college access advocate’s agenda is a push to cut down the total number of questions on the highly complex form. Nevertheless, despite momentum on their side and a strong bipartisan majority of lawmakers on Capitol Hill who support FAFSA simplification, getting the reform through might be easier to accomplish in theory than in practice.