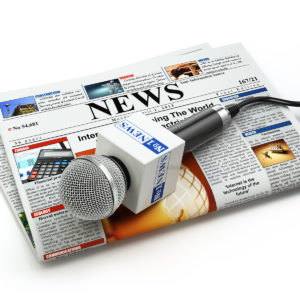 The Federal Communications Commission declined to update media ownership rules barring outlets from certain types of cross-media ownership this week, despite the majority of commissioners supporting a removal of the ban.

Longstanding media ownership rules updated and released Thursday uphold a ban blocking media outlets from owning a broadcast station and a newspaper in the same market. The rules, originally intended to promote competition in the media, ignore the reality of today’s on-demand competitive video marketplace and run counter to the wishes of a bipartisan majority at the FCC, one commissioner said in a statement Thursday.

“[A] bipartisan majority of commissioners was willing to repeal the outdated Newspaper-Broadcast Cross-Ownership Rule,” FCC Commissioner Ajit Pai wrote. “But for some reason, we were told that this rule would not be repealed unless all commissioners agreed. And sadly, one chose to exercise that veto.”

No stranger to being outvoted as one of two Republicans on the five-member commission, Pai said he was particularly perplexed by FCC Chairman Tom Wheeler’s decision to raise the threshold for media ownership.

“As someone who has been on the losing end of more 3-2 votes than I care to remember, I am baffled by this new requirement for unanimity,” Pai said. “We’ve been told for years by the FCC’s leadership that 3-2 votes are what democracy is all about. Except, I guess, when it isn’t.”

Neither broadcasters nor newspapers appear happy about the FCC’s decision to maintain the existing rules enacted in 1975. The National Association of Broadcasters (NAB) said it was frustrated by the FCC’s “head in the sand” approach to the modern digital media landscape, and filed a Freedom of Information Act request for documents on how the agency made its decision.

“The FCC’s greatest accomplishment with its latest order is to further hasten the great decline of our nation’s newspapers and the quality of journalism as a whole,” NAB said in a statement following the results of the FCC vote on August 10.

After reviewing Wheeler’s proposal in June, the Newspaper Association of America said it was “stunned that any policymaker in the internet era would propose to keep a 1970s-era law that prevents broadcast stations and newspapers from being owned by the same company.”

The association earlier this month said it was “deeply disappointed” in the FCC’s decision to keep the 41-year-old ban, despite a decade-old U.S. Third Circuit Court of Appeals ruling that found the outright ban “no longer in the public interest.”

The same court threw out the FCC’s definition of an “eligible entity” in 2011, and earlier this year ordered the FCC to make progress on its “stalled efforts to promote diversity in the broadcast industry” (Congress in 1996 ordered the FCC to update the rules every four years, with the last update due in 2010, making this year’s update six years late).

“So what does the commission do here in response to the court?” Pai continued. “Precisely one thing: It readopts the exact same ‘eligible entity’ definition that the Third Circuit rejected in 2011!”

The FCC will only grant an exception to the ban for a “failed or failing newspaper,” a ban newspapers described as “completely meaningless.”

“Requiring newspapers to fail or be close to failing before they can draw much needed investment from broadcasters is a ‘too little, too late’ recipe that will never be pursued given the low barrier entry for news on digital and mobile platforms,” the Newspaper Association of America added.

Commissioner Mignon Clyburn, one of the commission’s three Democrats, said the FCC’s ongoing broadcast incentive auction was one reason for supporting the ban, since fewer broadcasters will be on the air at the auction’s conclusion.

“Relaxing the commission’s media ownership rules at this time, will neither increase the number of diverse stations nor will it create additional local voices,” Clyburn said in a statement. “What is extremely troubling to me is that despite comprising nearly 13 percent of the U.S. population, African Americans held a majority interest in just nine of the nearly 1,400 full power commercial television stations.”

According to the FCC the final vote was split along the same 3-2 party lines that have divided the commission on a number of high-profile rulemakings over the course of Wheeler’s tenure.

“Three-two votes are what democracy is all about so long as the commissioners are divided cleanly along party lines,” Pai said. “As a result, we end up keeping a rule on the books that almost no one at the FCC actually believes make sense any longer.

The chairman himself remarked on the consistent partisan split of his regime in a speech earlier this month.

“I’ve spoken about our decisions to preserve a free and open internet, to modernize outdated programs to bring faster connections and Wi-Fi to schools and help low-income Americans get online, to protect consumer rights as we transition from analog
to IP networks, and to enhance 911 reliability,” Wheeler remarked at an Aspen Institute policy conference. “These actions sound like common sense – they are – but all were 3-2 votes at the commission.”