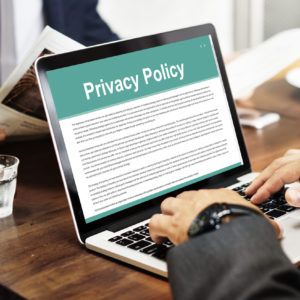 The Federal Communications Commission voted Wednesday to stay stiff new privacy rules for internet providers, the same rules Congress is mulling a repeal of via the Congressional Review Act. But neither of those actions fill in what could be a crucial privacy enforcement gap for companies as large as Google if the FCC steps off the privacy beat.

Commissioners voted 2-1 to temporarily prevent the privacy rules from taking effect until the FCC reconsiders them. The rules passed in October ban providers like Comcast and Verizon from collecting and monetizing virtually any subscriber information without prior user permission, including browsing history and app usage.

Republican Chairman Ajit Pai said last week he was willing to leave the future of the issue to Congress, which is currently working on a repeal of the rules via the Congressional Review Act. The act prevents agencies from passing substantially similar rules in the future. That’s not an problem for Pai and Republicans, since they believe privacy enforcement of broadband providers should be left to the Federal Trade Commission — the agency that oversaw providers before the FCC passed net neutrality rules in 2015.

“We still believe that jurisdiction over broadband providers’ privacy and data security practices should be returned to the FTC, the nation’s expert agency with respect to these important subjects,” they said. “All actors in the online space should be subject to the same rules, enforced by the same agency.”

But there’s a problem neither the FCC nor Congress have addressed, one that Ohlhausen herself pointed out in January. The FTC is barred under law from regulating common carriers — a public utility classification used to break up telephone monopolies. The FCC reclassified broadband providers as Title II common carriers with its net neutrality rules, sweeping broadband out from under FTC jurisdiction.

Last August the FTC lost a legal battle against AT&T over deceptive practices related to the carrier’s unlimited data plans. AT&T argued the FTC couldn’t take action against it because of its common carrier status, and the court agreed.

According to Ohlhausen that’s “a problem for the FTC and for consumers” that goes beyond telecommunications.

It also means the web giants like Google with a side business as a broadband provider with Google Fiber could fall within an enforcement gap between both agencies.

Democrats including Massachusetts Sen. Ed Markey on Monday said undoing the rules will turn online privacy into an “unregulated Wild West” and leave enforcement in a “black hole.”

Republican lawmakers and conservative think tanks who support repealing the rules concede there would be an enforcement gap, but believe in alternative ways to fill it.

“I would think there would be way to work through that so you don’t have a gap in oversight,” House Communications and Technology Subcommittee Chairwoman Marsha Blackburn, who’s heading up a repeal of the rules on the House side, said in February.

“Democrats do make one fair point: when the FCC undoes Title II reclassification, the FTC may not entirely regain jurisdiction over broadband — whether for privacy or net neutrality,” Berin Szoka, president of the conservative think tank TechFreedom, wrote Thursday. “Last year, three federal judges in California issued a complicated decision that could — even after the FCC undoes Title II — deny the FTC jurisdiction over broadband providers that also provide a common carrier service, like telephony.”

Szoka said the court may reverse that decision, but added the best solution would be for Congress to let the FTC regulate common carriers. FTC chairs on both sides of the aisle have unanimously petitioned Congress to do that same for two decades.

“It was put in place at a time when common carriers were pervasively regulated monopolies,” Ohlhausen said earlier this year. “Obviously our telecommunications space is vastly different than it was when these rules were put in place.”