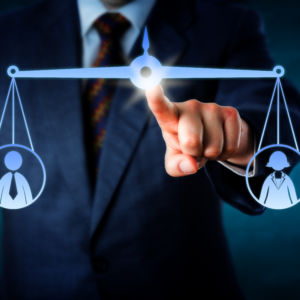 Does Federal Labor Law Need to be Modernized?

Federal labor law influences how people across the country work, and lawmakers parsed existing law on Thursday to determine whether it needs to be modernized.

The American worker is guaranteed numerous rights that are intended to give them a voice and protect them. But many of those protections are decades old with some arguing the system needs to be overhauled.  The House Education and the Workforce Committee examined the issue during a hearing.

The hearing included labor law experts and workers who have become prominent advocates because of their own experiences. They discussed the decline in union membership rates, how laws should be reformed, secret ballot elections, and the rise of worker centers.

“Labor unions, the primary advocates for worker rights in this country, have continued to experience a decline in membership,” Stefan Marculewicz, a co-chair of the business and human rights practice group at Littler Mendelson, said during the hearing. “Perhaps, partially in response to that decline, labor unions have sought new ways to effectuate change in the workplace. The most prominent example of this has been the development of organizations known as worker centers.”

Worker centers are activist organizations that fight to promote work-related laws and organize workers. They are typically nonprofits that provide training, education, employment services, and legal advice. They are unique from traditional unions in that they are not restrained by federal laws that limit union activities. Marculewicz believes that these organizations should be subject to the same laws.

“Increasingly, however, these organizations directly engage with employers or groups of employers to effectuate change in the wages, hours, and term conditions of workers they claim to represent,” Marculewicz said. “When it comes to such direct engagement these worker centers often act no differently than traditional labor unions.”

The National Labor Relations Act (NLRA) has been the main law governing union representation since it was enacted in 1935. The law protects the rights of workers to collectively bargain together, but also restricts certain union activities. Marculewicz notes the law would make worker centers more accountable.

U.S. Chamber of Commerce released a report ahead of the hearing which looked at worker centers. The report found that worker centers have assumed the roles of traditional organized labor. It concluded that such organizations should, therefore, be regulated like normal unions.

West Virginia University College of Law Prof. Anne Lofaso agrees that federal labor law needs to be updated, but believes the right approach is to instead bolster union power. Labor union supporters often see them as critical to protecting workplace rights. The Wage Act was recently introduced to strengthen union power and increase penalties on employers that illegally interfere.

“The National Labor Relations Act has not been meaningfully modernized since just after World War II,” Lofaso said. “What is needed is the type of modernization established by the Wage Act. The purpose of the Wage Act is to strengthen unions so that they bolster the middle class which will facilitate economic growth from the middle outwards.”

Former President Barack Obama shared a similar view on how critical unions are to workers. His administration pursued several significant policy reforms that helped increase union power. President Donald Trump and his administration have since worked to undo many of those changes.

Terry Bowman is a former union member who works for the Ford Motor Co. He has advocated alongside national organizations while fighting back against policies that hinder workers from leaving their unions. He has also helped launch advocacy campaigns like Moving Unions Forward.

“The two reforms I would like to briefly discuss today are worker political protections and the guarantee to a secret ballot election,” Bowman said. “Unions represent workers on all sides of the political spectrum, we all know that. However, we also know that that vast majority of political spending by unions benefits one party, causing a forced speech situation.”

Bowman believes that unions should be required to first get permission from a worker before using their dues for political purposes. Federal law allows workers to opt-out of political expenses by becoming nonmembers – but the process can be difficult and intimating. Bowman adds that he knows that from his own experience.

Bowman also argued that workers should be guaranteed a secret ballot election. Labor unions can skip secret ballots by getting a majority of workers to sign authorization forms in a process known a card check. But critics argue that some workers are tricked into signing cards or pressured into doing it since they can’t keep their answer a secret.

Tommy Jackson argued during the hearing that unions should face regular elections just like lawmakers. “I’m asking that unions be held to the same standard by making them hold recertification elections,” Jackson, who has worked as a truck driver for over a decade, said. “There should not be this ridiculous process that makes it nearly impossible to bring an election. It should be automatic just like yours.”

Jackson has fought to decertify his union since securing the 30 percent support needed to authorize an election over two years ago. He says getting that support was a challenge since truck drivers don’t all work in the same place. But despite getting the necessary support the election keeps getting delayed.

“We got the required signatures and filed for a decertification election on March 2, 2016,” Jackson said. “That was more than two years ago. The reason for that delay, starting that very same day on March 2, 2016, the Teamsters began filing unfair labor practices, or ULPs, commonly known as blocking charges. By filing these blocking charges the Teamsters can delay an election indefinitely.”

The National Labor Relations Board (NLRB) Region 19 allowed the blocking charges which have delayed the election.  Jackson notes that the charges were approved by the board despite being flimsy. He adds that unions don’t have to face the same types of obstacles when they try to set up an election to organize a workplace.

The Bureau of Labor Statistics (BLS) reported earlier in the year that now only 10.7 percent of the national workforce is unionized. The report found that the public-sector has the highest rate of unionized workers at 34.4 percent, but only 6.5 percent of private-sector workers are unionized.