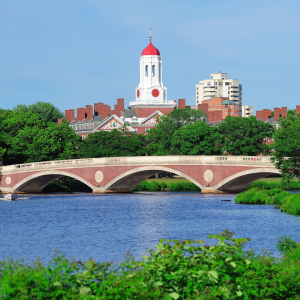 Finding a Balance in Affirmative Action

It’s pretty clear that race is still very much a topic of concern in the United States. There is little need to recap some of the recent events that have served to elevate the issue on so many levels—social, political, etc.

At the risk of contributing to even more unrest on this most sensitive of subjects, let me attempt to put forward a thought on one aspect—affirmative action. The original argument for affirmative action, back in the 1970’s when it surfaced, was that it could help compensate certain groups for wrongs done them in the past. In specific, the argument was that discrimination against minorities had resulted in those groups suffering disproportionate economic hardship. The idea was to make an extra effort to assure that qualified minority candidates were proactively sought out.

Most Americans agreed that if jobs were awarded simply by traditional application and interviews that minorities would not get an even break in the process. Since the people doing the interviews were largely white, the logic went, those they interviewed would be overwhelmingly white also. So, the remedy was to go to extra lengths to assure qualified minority candidates were identified and given every consideration.

We know a little bit more today about how affirmative action has evolved. Despite claims from its advocates that it was not a quota system, in open court (more than once), it turns out that quotas did come to be put into place in the workplace, in college admissions, and elsewhere. Not only that, but it became clear that in many, many instances, the minority candidates were given extraordinary preference. In the interest of “diversity,” against any standard of fair evaluation, minority candidates were admitted to college and law schools with far lower grade point averages, scores on various tests, etc. than whites. These are facts that have been well established in a variety of legal cases, including several heard at the Supreme Court.

Today’s affirmative action supporters rightfully point out that there is plenty of evidence racial discrimination still regrettably exists in the United States. To a certain extent, it remains an advantage to be white in America in most instances. That does not equate to “white privilege” in my estimation. And, the idea that “racism is worse than ever…” is plain ridiculous and an incredible disservice to those who have given so much to advance civil rights for minorities.

Here is my idea. Let’s smoke out everybody—both the actual racists and those who want to pretend racism is to be found in everything every day. The original thought was affirmative action was to remedy economic inequality, and inequality of opportunity. So, let’s start right there.

If it is true that minorities suffer more economic hardship than the rest of the population, and affirmative action is intended to benefit qualified candidates, then why not means test every affirmative action program? After all, according to the argument, minorities would be overwhelmingly the beneficiaries.

What moral good is occurring when the mixed race daughter of a doctor and lawyer in Potomac, Maryland is given preference for admission to college over the white son of a janitor in West Virginia? For liberals, the answer is clear; diversity is achieved. The question though is at what expense? What is so fair or right about that approach? Why should anyone congratulate themselves for increasing the number of women and minorities at an elite university on the basis of a preference given to an individual who has lived in the lap of luxury?

When the liberal elites wonder just what is it that has white middle class individuals so upset about affirmative action, it is precisely this sort of outcome. Talk to any parent of any white child applying to college. They can all give you examples of the “Elizabeth Warren phenomenon” of an individual with not much more than a remote connection to any minority group getting benefits and preferences over white students with better records. Some whites may indeed believe that is appropriate. However, we know there are also others—of all races—who greatly resent what they view as unfair and wrong.

We can place a premium on wanting to increase opportunities for those at the lower end of the economic spectrum. We can even “break the tie” by giving minorities the extra advantage on a close call. Where we identify anyone engaging in racial discrimination against minorities, we ought to punish it with a vengeance.

Let’s be about giving a helping hand to those who both need it and deserve it. Let’s put an end to affirmative action that simply serves to make liberals feel good about themselves.