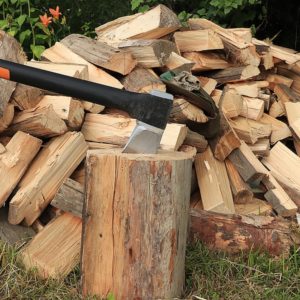 The U.S. Forest Service lifted the suspension of sales of fuelwood permits to collect firewood in New Mexico’s five national forests Tuesday after a U.S. District Judge in Arizona modified his original order banning all timber management in the state.

The legal dispute centered on protecting a species of spotted owl, which had stopped all timber management — including fuelwood collection — which is critical to many families who use wood to heat their homes and for tribal activities. Other timber management activities, such as timber sales, forest thinning and prescribed burns, were excluded from the judge’s new ruling.

Gov. Michelle Lujan Grisham said she was “extremely grateful for the court’s quick action in modifying what would have been a devastating situation for so many New Mexicans who rely on these permits throughout the winter months.”

“I know this is a relief to families across our state. I want to thank our Congressional Delegation, federal partners and our state Forestry Division for using their platforms to advocate for a fix and for immediately doing the work of identifying potential contingency plans,” the governor said in a statement.

“When we pull together in the same direction, when New Mexican families’ best interests come first, we can always find solutions and steer clear of harmful unintended consequences,” Lujan Grisham said.

“We strongly encourage the Forest Service and other parties to the lawsuit to work quickly to respond to the ruling and resolve a variety of issues, including, but not limited to, traditional firewood gathering, tribal cultural activities, and forest restoration and fire mitigation projects,” the lawmakers wrote.

“We likewise strongly urge the Forest Service to undertake the action necessary to comply with the Endangered Species Act to allow the resumption of forest activities and minimize impacts to traditional uses and projects that improve the long-term health of the forest.”

The letter was in response to the lawsuit with the District Court of Arizona filed by WildEarth Guardians — a national environmental group with offices in New Mexico — which contended the U.S. Forest Service and Fish and Wildlife Service had not adequately monitored populations of the Mexican Spotted Owl as required under the Endangered Species Act.

In response to an article on the ban in the Taos News, area resident John D. Lapin made the following comment:

“This is not good. Can someone explain why people cutting standing dead trees in Carson Forest endangers the spotted owl?” he asked. “I have been cutting dead trees for 20 years in Northern New Mexico and never seen an owl.”

Cal Joyner, southwest regional forester, said he was glad New Mexicans in need of the fuelwood would now have their access returned, before the weather turns cold, according to the Albuquerque Journal.

“We are pleased with this modification, which highlights the fact that we all want to do right by the communities we serve and reduce unnecessary burdens on communities that depend on the national forests for their sustenance,” he said.

“I want to assure you that we are committed to continuing our work to protect wildlife and wildlife habitat from catastrophic wildfire, and we thank you for your ongoing support, understanding and patience,” Joyner said.