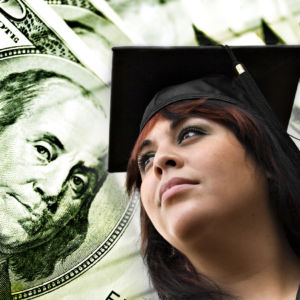 The Four Education Issues Gov. Sununu Plans to Fund in His New Budget

Gov. Chris Sununu is quickly making education reform a priority during his two-year term. Just take a look at his Thursday budget speech.

“This budget and this administration recognizes local control in public education as the touchstone of policymaking, and that state government’s role in shaping education policy should be focused strictly on benefitting students and their families,” he said. “A major goal of this budget is to expand educational opportunity and choice for kids and their families.”

Sununu’s proposal includes $9 million a year for full-day kindergarten. He said the funds, which would be awarded in addition to education adequacy grants, would target communities that need it most.

After his speech, Democrats sought clarity on how it would be determined which communities received funding.

“We also do not know from his presentation which communities will get full-day kindergarten and which ones won’t…” said New Hampshire Democratic Party Chairman Ray Buckley in a statement.

Sununu said the formula would be based on a community’s property wealth, the number of students on subsidized lunch programs, and the number of English as a second language students.

“So I am proud today to be the first governor to deliver a real full-day kindergarten program for communities across the state,” he said.

Regardless if a school district offers half-day or full-day kindergarten, they only receive 50 percent of the state’s per-pupil grant compared to students in other grades. Sununu’s proposal would give the neediest communities an opportunity for additional funds to make full-day kindergarten a possibility.

In his speech, Sununu called for increasing charter school funding by $15 million.

“And in addition to fully funding the adequacy formula, funding for charter school is stabilized and enhanced in this budget by linking funding to the state’s average per-pupil expenditure,” he said. “This will increase funding for our charter schools by $15 million, helping eliminate uncertainty and volatility for administrators, teachers and parents.”

This is probably one of the more contentious proposals in his budget, and it will be interesting to see if that amount changes as it moves through the budget process in the Legislature.

All of New Hampshire’s 25 charter schools, except for one, rely mostly on state and federal funding, and all but one are not supported by local property taxes. In the Granite State, per-pupil expenditures for charter schools are about $6,500, which is lower than traditional public schools, which averages about $14,900 for the 2015-2016 academic year.

Sununu is a fervent school choice advocate and he’s hoping the Legislature passes charter school-friendly bills during the legislative session. Democrats claim charter schools take away state money that could go to improve traditional public schools, and they lack equal proportions of disabled or special needs students, who are then forced into the traditional public school system.

It’s often a criticism of the Granite State that the population is aging and young people are leaving . The million dollar question is how does the state plan on encouraging them to stay?

Higher education advocates see increased funding to the state’s community college and university system as a key investment into the future workforce of New Hampshire.

“Our higher ed system is a critical part of ensuring New Hampshire students have an opportunity to learn beyond their high school years and enter the New Hampshire workforce with real-world skills,” Sununu said in his speech. “My budget approaches post-secondary education strictly in terms of students and outcomes. The university and community college system of New Hampshire are key to these efforts, and we’ll continue to make investments in our partnership.”

He proposes a “significant increase” to the operating budget of the community college system, to the tune of $10 million for capital infrastructure investments.

However, it’s not immediately clear where those funds are coming from. A few months ago, New Hampshire’s Community College system asked lawmakers for about $49 million for 2018 and $52.5 million for 2019, an increase from about $44 million in the current budget.

In Sununu’s budget, it appears that the community college system’s proposed budget is the same amount of funding as in the current budget. He could pull the funds from infrastructure funds, but it wasn’t exactly clear where he would do that.

University System of New Hampshire (USNH) officials were not thrilled that they didn’t see an increase in their budget either. Sununu’s proposal would provide $81 million a year to the university system — the same level as the current budget. USNH asked for $88.5 million in 2018 and $93.5 million in 2019.

Without an increase in funding, it’s likely tuition will once again increase for the next academic school year at USNH colleges by no more than 2.5 percent for in-state students. The actual figure will be known later this spring after trustees set the rate.

In a statement, USNH “expressed deep disappointment” that the governor’s budget did not provide additional funding, which would have allowed the system to freeze or lower tuition for in-state students.

“Keeping our public, four-year colleges and universities affordable is not only critical for hard-working New Hampshire families, but also for the many businesses that depend on highly skilled talent to grow, thrive and succeed,” USNH Chancellor Todd Leach said in a statement.

“I’m deeply disappointed that Gov. Sununu, though professing the need for an educated workforce, shortchanged the principle player in that effort, our state university system,” Burton told the Fosters Daily Democrat.

Instead of increasing funds to the university system, Sununu proposed a new $5 million-a-year scholarship fund to assist high school students to attend colleges, universities or workforce training programs in the Granite State.

“We have to understand that not every student travels the same workforce path, and we need to build a system that provides flexibility to work within their lifestyle,” he said. “This scholarship program is designed, not to help 10, or 20, or even a 100 students, but at least 1,000 students each year, and we’ll open workforce gateways like never before.”

He said the Governor’s Scholarship Fund would be administered by a proposed commission and would be based, partially, on need.

The state is expected to end the current two-year budget with an $80 million surplus, and most of that money will be going to one-time expenses to fix roads and bridges, and provide school building aid through the “Infrastructure Revitalization Fund.”

“For the first time in a long time we’re going to give a boost to school building aid by granting dollars directly to communities to rebuild our classroom infrastructure,” Sununu said. “Specifically, schools with health and safety issues in towns that might not be able to otherwise address things like asbestos, lead paint, or other critical safety issues and these are where our school building aid will be targeted and funded.”

It’s unclear exactly how much of the $80 million surplus would be available at the end of the current fiscal year, and how it would it be allocated to cities and towns, but Republicans applauded the proposal during the governor’s speech.