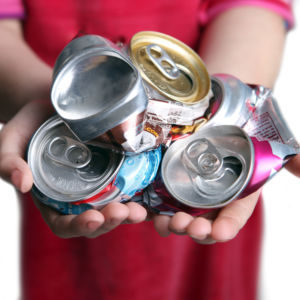 To Expand or Replace, a Closer Look at the Future of Iowa’s Bottle Bill

Over the last 30 years, Iowans have grown accustomed to paying more for aluminum, glass, and plastic beverages, under the notion that should they choose to redeem their used beverage container, that extra expense would be returned to them. Set out in the 1979 Beverage Containers Control Law, more commonly known as “the bottle bill,” Iowans would pay five cents more per beverage container (applying to alcoholic, carbonated and mineral beverages) in what was called a bottle deposit. Consumers would then have an opportunity to make that money back by returning their containers to either a bottle redemption center or the grocery store they purchased them from for a full five-cent-refund, per container purchased.

But what began as a method for reducing litter in ditches and recycling materials, is now being called “cumbersome and inefficient,” by Iowa Beverage Association (IBA) President John Ottterbeck. Otterbeck is an employee of the Atlantic Coca-Cola Bottling Company, and has been for 17 years.

“Well, 40 years ago this was a suitable answer to help curb the litter problem that Iowa was perceived to have at the time,” Otterbeck said. “That’s great, except for over the life span of the bottle bill, recycling is now front and center.”

Otterbeck said that many arguments for the institution of the bottle bill were focused around removing litter from ditches along highway roads. The way the law was set up incentivized people to hold on to their waste and to bring it back for monetary gain. However, since the benefits of recycling and reusing materials such as glass, plastic, and aluminum went mainstream not only from a business standpoint, but from a conservation perspective, Otterbeck said that the bill hasn’t been efficient in handling the recycling aspect of the process.

For this matter, IBA, in association with the Iowa Grocery Industry Association (IGIA), has lobbied for a replacement of the state’s current bottle bill in favor of a more comprehensive recycling system to handle not only the state’s beverage containers, but other materials as well. Otterbeck said that over the last 20 years, the two associations have been working together to create a better law that benefits the bottle distributors, grocery stores, and consumers.

The proposed legislation, currently with the Iowa House of Representatives Ways and Means Committee — House File 575 — would effectively replace the state’s nearly 40-year-old bottle bill with one or more statewide or regional recycling programs. The five cent bottle deposit would be removed entirely.

Under the proposed legislation, that whole system is removed, except for the one cent that the distributors would pay to the retailers as an administration fee. The one cent per beverage container would instead be paid into a special account to run an expanded statewide recycling program. Otterbeck said that according to the association’s data (which is private), it would take roughly four years to reach the target amount of $60 million to run the program.

President of the Iowa Recycling Association (IRA) and education coordinator for the Council Bluffs Recycling Center Shannon Meister said the association doesn’t support the legislation, as the “whole point of [the legislation] is to get rid of the bottle bill as it exists.” The position of the IRA is that the bottle bill should be expanded rather than repealed and replaced.

A total of 11 states in the country currently have a “bottle bill” for redemption of recyclable beverage containers, with deposits varying from five to 10 cents per container. As recently as this year, Oregon expanded its bottle bill to have a 10 cent deposit and redemption value, on expanded beverage containers including coffee/tea, kombucha, energy and sports drinks, hard cider, and juice. Still not included in the law are wine/distilled spirits, milk (dairy and plant-based), infant formula, and meal-replacement drinks.

Meister explained that a similar expansion in deposits in Iowa could aid in encouraging more recycling. According to the Iowa Department of Natural Resources (DNR), approximately 86 percent of redeemable beverage containers are recycled. Meister also said that the expansion of goods that the bill would cover would also improve Iowa’s law, though she said that it would have to be limited to certain products, such as milk, as it could deter people from buying them.

In addition, Otterbeck said one of the two problems in the bill comes from zero regulations about returning the containers from the store that they were initially purchased from — which results in some retailers losing more money than others — as well as residents in border states and cities coming to Iowa to redeem containers purchased in another state.

Meister said in an email that she “would need more information about grocery stores not getting compensated enough before I feel prepared to answer this.”

The second problem that Otterbeck noted was for those that don’t return their bottles. Most rural communities do not have access to curbside recycling, as well as those that live in metropolitan apartment complexes. Most bottle redemption centers aren’t open on weekends and don’t offer afterwork hours for those that want to return them.

This means that there is a hole in the deposit process, Otterbeck said. According to records obtained by the Willamette Week, an alternative newspaper in Oregon, bottle distributors profited close to $30 million off of unreturned bottles at a five cent redemption fee. This is due to the fact that distributors do not need to pay that one cent to retailers if the containers are never redeemed.

“When the bottle bill was first enacted,” Otterbeck said, “it was never to create a cottage industry to facilitate collection and redemption. Some entities throughout the state are extremely profitable in taking the penny we pay them.”

Otterbeck argued that in a replacement environment, the same entities that profit off of bottle redemption would still be able to profit off of a new recycling system, as the program would still need some place to take the materials.

According to the bill, proposals would need to be submitted to the DNR for a recycling program, which could potentially leave a gap between the repealing of the bottle bill and enacting a replacement.

Otterbeck said that that assumption was untrue, and that the reason that the industry hasn’t been pushing as hard as it can on the legislation was because it still has work to be done. Otterbeck said that in a passable form of the bill, there would be an implementation period. Otterbeck added that the $60 million generated from distribution fees would be used to help enact curbside recycling programs in rural areas, that would have to be considered a “best-in-class” model.

“I want to make another plea to those who don’t believe this bill is truly environmental and sustainability effort, that they sit and talk to us,” Otterbeck said.