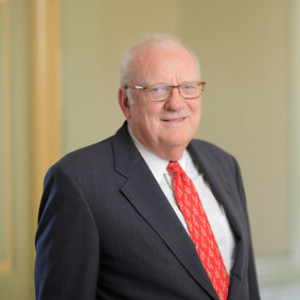 The Good Do Die Too Young

Amid the noise in a busy week in D.C., the widely loved and respected lawyer and politico Bill Schweitzer died in his sleep Tuesday morning. His passing once more proves the truth of the adage that the good die too young. In a town of people often lacking a moral compass, Bill Schweitzer was as good as it gets. He was respected and admired by anyone who had the good fortune to meet him. He was loved by those who had the chance to know him well.

When the real obituaries get written, they will accurately highlight all the important things he did. What they will not convey is that, while it is true that Bill Schweitzer was a lawyer’s lawyer, he really defined what it means to be a counselor. His advice was invariably on the mark and insightful. He had the capacity to convey his message in a manner that served almost as a magnet. Without bluster or pretense, Bill took a difficult problem and presented a solution that made sense and that would stand scrutiny from any angle. It always held up in terms of common sense and the details of the law.

For 16 years, Bill headed up the Washington, D.C. office of the Cleveland law firm, BakerHostetler. He already had been an Assistant U.S. Attorney when he joined the firm. During his tenure, BakerHostetler’s Washington practice exploded in no small measure because of his leadership.

Bill led the Baker team on many accounts, but the one he loved was Major League Baseball (MLB). Spending hours helping MLB weave its way through challenge after challenge in D.C. and beyond was not really work for Bill. After all, here was a guy who listened to or watched at least two games a night once the season began. Talking baseball, exchanging anecdotes, and testing one another on baseball trivia is what Bill lived to do. For Bill, that was about as much fun as you can have with your clothes on.

Lots of folks claim to be equally at home when they are with the most elite or the working stiffs like you and me. For Bill, that was truly so. Yesterday, when the people who work in the D.C. office of Baker gathered to deal with the grief of Bill’s passing, it was not just the partners who had something to contribute to the conversation. With tears in their eyes, the men and women in the mailroom and junior associates all wanted everyone to know how Bill never was too busy to be gracious, to listen to their problems, to spend time discussing family.

No doubt, life will go on as it always does. For those who were blessed to know Bill Schweitzer, there will be a hole, a feeling that a treasure was stolen, a regret that we did not get the chance to directly let him know how much he meant to us all.

Bill’s immediate family that includes his wife, Leslie and two sons, Art and Billy, will feel this loss the most. If you are the praying sort, say one tonight for the Schweitzer family.

Probably the best way any of us can recognize just what a wonderful and unique person Bill was is to take action to reflect our feelings for him. What might that be? Take a minute from looking at our iPhones or rushing to get from one meeting to another and reach out to a co-worker, a member of your family, or anybody else you know and love and let them know that. Listen to what they have to say. Be a friend – just like Bill would.

Godspeed, Bill Schweitzer. You will be greatly missed.