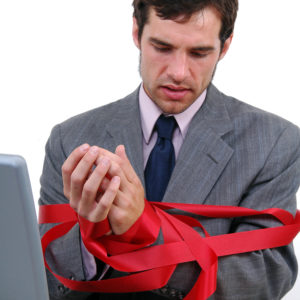 In 2016, Governor Jerry Brown of California signed into law the $15 minimum wage, saying, “Economically, minimum wages may not make sense” but, “morally and socially and politically, they (minimum wages) make every sense.”

It’s been three years since then, and despite the American economy doing better than ever, new labor regulations are threatening to undo all of that. In fact, well-intentioned regulations ultimately do more harm than good for the American worker.

The American Consumer Institute’s recent report highlights the effect of labor regulations — including hiking the minimum wage, predictive scheduling, mandatory paid leave and joint employer liability — the results aren’t good and will cost the U.S. economy more than $330 billion and 4 million jobs. From lost working hours to reduced output from businesses, and everything in between, labor regulations seldom work out as intended.

For instance, while the minimum wage promises higher wages, often it comes at an unseen cost. In San Francisco, the minimum wage caused Restaurants Unlimited, a company that operates 35 restaurants located primarily on the West Coast, including some in San Francisco, (to file) for bankruptcy protection in July 2019, putting hundreds of jobs at risk. And in Seattle, after the minimum wage was raised to $15 an hour, researchers from the University of Washington found that workers saw a reduction in hours by 9 percent. As a result, the average employee had their pay decrease by $125 per month.

But it’s not just minimum wage laws that are putting jobs at risk. Predictive scheduling laws, which were created to protect workers’ schedules, have forced businesses to post schedules two weeks in advance while prohibiting or fining employers from “calling in” employees on short notice. For instance, New York employers are forced to pay $40 for canceling an employee’s shift and are unable to “call-in” workers on a 72-hour notice.

Paid leave laws are also gaining steam, with the intention of giving people extra time away from work. However, this has made businesses less likely to hire people that will use paid leave, such as women. In California, paid leave laws increased the unemployment rate for young women by 0.346 percent relative to the country while also increasing their duration of unemployment by 0.73 weeks. By 2017, around 4,000 jobs were destroyed due to paid leave.

Finally, the business model for franchises has come under a recent threat. In 2015, under the Browning-Ferris decision, the National Labor Relations Board gave a “new standard (that) significantly expanded the criteria for joint employer liability to include cases where an employer has indirect control … over another employer’s employees.”

Due to the uncertainty about what “indirect control” can be construed to mean, every interaction between franchisees and franchisors have now become fraught with legal risk. According to a filing in a case against McDonald’s over whether it can be held liable for the labor law violations of its franchisees, the company has spent over $2 million on discovery alone. As starting a franchise becomes more difficult, the consequence will be fewer employment options available in a community.

Despite a booming economy and an engaged workforce, things can quickly turn south if the United States is not careful about protecting our economy. Regulations, which have been propped up under the guise of “worker rights” typically cause more harm than good to American businesses and workers.

As economist Milton Friedman once said, “One of the great mistakes is to judge policies and programs by their intentions rather than their results.” Instead of stifling economic growth, cities and states should allow the free market to handle these issues. Only then will we continue to see job creation and business proliferation in this country. It is hoped lawmakers will recognize that while regulations might sound helpful, they seldom are.