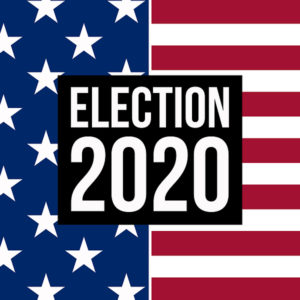 One of the top lawyers in Bush v. Gore says the onslaught of lawsuits filed by Democrats this election year is a “nationwide coordinated effort” to attack state laws that “guard against voter fraud.” And, he says, their goal is to let lawyers and courts — not voters — pick the election winners.

Jim Bopp developed the legal rationale the Bush team used to argue and win its case before the U.S. Supreme Court in 2000. Today, he’s watching as Democrats, led by their election lawyer Marc Elias, have filed more than 400 election-related lawsuits in this cycle.

Elias, Hillary Clinton’s 2016 campaign attorney, is the founder of Democracy Docket, which describes itself as “the leading platform for progressive advocacy and information about voting rights, elections, redistricting and democracy.” It’s behind dozens of lawsuits across the US that pressured states to change their voting rules as the November election approached.

The final step in the Democrats’ process, Bopp says, was to drive the election into the courts.

“The lawsuits leading up were preparing the way by striking down as many anti-fraud protections as possible and radically expanding the number of mail-in ballots either through universal mail-in balloting or expanding absentee and then creating opportunities afterward for litigation that throws the determination of the results into the hands of election officials, lawyers and ultimately courts,” Bopp told InsideSources.

The Trump campaign filed suit to stop what it says is an illegal vote-counting process in Michigan and Pennsylvania until the campaign could be granted “meaningful access” to observe the opening and tallying of mail-in and absentee ballots. They also filed suit in Georgia, asking that state laws be followed in the processing of absentee ballots.

Suits filed by Democrats in Pennsylvania had succeeded in striking down laws requiring mail-in and absentee ballots be received by election day and requiring a visible postmark, to prove they were mailed by Election Day.

“What this does is provides for opportunities for people to game the system,” says Bopp. “They get to find out how many votes they need. And then, they have three or four days to get people or dummy up ballots, make sure they’re mailed so they won’t have a date stamp.”

Bopp says Democrats were pushing for pre-paid envelopes for ballots, not because they think their supporters can’t afford a 50-cent stamp, but because pre-paid envelopes aren’t marked with a date stamp and therefore can be mailed after the election and still be counted.

“Of course the Republicans have filed suits,” he says. “But they’re all defensive. What Republicans are doing are trying to defend legislative laws that have been enacted, that the Democrats are trying to change, or have changed.”

Other suits around the country have challenged laws requiring witness signatures, or requiring signatures on ballots to match signatures on file with elections offices. Others have forced counties to put up unattended drop boxes and open additional voting locations.

In Philadelphia, public schools were turned into early voting centers, where people could walk in, request a mail-in ballot, fill it out on site, and turn it in immediately. Democrats also fought, successfully, to prevent Republicans from posting poll watchers in these locations.

The first suits were filed by Democrats in 2018, in the run-up to the presidential election.

“They were just practicing, and developing legal theories and things like that,” says Jim Bopp. “They also filed some suits this year prior to the primaries, and there were probably 40 or 50 of those… But you know they didn’t care about the primaries. They were practicing and developing their legal theories but also trying to knock down some key provisions or paving the way for universal mail-in balloting.

“They had some success in that, but the big payoff was going to be this general election, and that’s why there’s over 400 cases.”

In Pennsylvania, the suits wiped away most state election laws and ballots and are now being handled in a way they’ve never been handled before.

For example, in several counties, elections officials are contacting people who’ve not filled out their mail-in or absentee ballot correctly, or omitted a signature, and given them an opportunity to come in and fix it.

“That’s illegal,” says Bopp. “There’s nothing in Pennsylvania state election law that permits a re-submission of your ballot.”

The end goal with all the Democrat lawsuits, he says, is the high court.