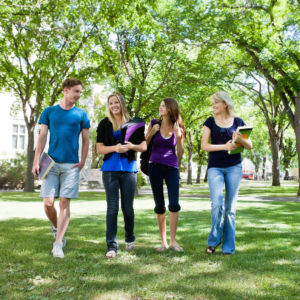 How Does Gov. Sununu’s Budget Encourage Young People to Stay in NH?

Time and time again, New Hampshire lawmakers are told that they should be concerned about the state’s aging population. What kind of workforce is going to replace baby boomers as they retire and how does this older population impact housing, health care, child care, and transportation costs?

A governor’s commitment of encouraging young people to stay or come back to the state is usually revealed in their budget proposal, and Gov. Chris Sununu’s recent speech provides some clues on how he plans to do that.

In his Tuesday presentation to members of the House and Senate Finance Committees, Sununu was asked to cite his priorities in his budget.

“With me, everything is about not what we do in two years, it’s what we do for five, 10, and 20 years down the road,” the governor said. “So, I’m really trying my best to bring a philosophy of true long-term planning and long-term thinking. It’s about kids. It’s about what’s happening with our students, what’s happening with our younger population, making sure we can create a foundation there that can be lasting.”

Granted, it’s nearly impossible for Sununu or the Legislature to impact natural population change. As baby boomers retire, the state’s working population, aged 20 to 64, will begin a steady decline, dropping 50,000 persons from 2010 to 2030, which would strain already tight labor supplies and restrain economic growth and vitality, according to research from the New Hampshire Center for Public Policy Studies (NHCPPS).

New Hampshire’s two-year policymaking process also doesn’t help lawmakers’ ability to anticipate and plan for long-term demographic change, but it’s something they should focus on, the Center argues in a 2016 demographic report.

Of course, how to attract young people also differs based on party beliefs. The Republican solution is usually to cut business taxes to make New Hampshire more competitive, with the understanding that more business growth will bring more jobs, which will bring more young people to the state. Democrats believe that New Hampshire needs a massive infrastructure investment, such as a commuter rail connecting Manchester and Nashua to Boston.

Steve Norton, executive director of NHCPPS, said it’s a constant battle of perspectives and there is always going to be some state investment to encourage young people to stay.

Besides making decisions on which projects to fund, Norton said it can be difficult for lawmakers to decide which age group to focus on. Should they look at keeping early 20-somethings in the state or the late-20s-early-30s group who might want to come back?

“We have always lost 20-somethings for reasons that are obvious,” he told NH Journal. “It’s not always the most exciting place or they want to move to an urban center like Boston or [Washington] D.C. When I think about this question of workforce development, it’s really that 30-something population that is coming here.”

Norton pointed to policies in Sununu’s budget that help “create a connection to New Hampshire,” which would encourage a young person to stay after graduating from college or to come back to settle down. He focused on Sununu’s creation of a scholarship program and full-day kindergarten proposal.

Sununu proposed a new $5 million-a-year scholarship fund to assist high school students to attend colleges, universities, or workforce training programs in the Granite State. He said the Governor’s Scholarship Fund would be administered by a proposed commission and would be based partially on need to serve “at least 1,000 students each year.”

He is also seeking $9 million a year to fund full-day kindergarten. He said the funds, which would be awarded in addition to education adequacy grants, would target communities that need it most. It’s expected that he will receive some pushback from Republicans on this policy proposal, so expect the amount of funding to change in subsequent versions of the budget.

“Both of those policies have an impact on young people and there’s an increasing likelihood that they would come back or stay,” Norton said. “Sununu’s expansion of kindergarten could be an important distinction for people who want to start a family, since we know decisions that many people make are based on the strength of the local school systems.”

It can be argued that Sununu isn’t investing enough in higher education, since he didn’t propose increasing the state’s community college or university system’s budget. Without an increase in funding, it’s highly likely they will increase tuition for the next academic school year. The University System of New Hampshire is one of the most expensive public universities in the country and graduating students have some of the highest student loan debt in the nation. With high debt, young people might take more lucrative jobs in urban centers or in other states.

Norton said organizations and businesses that support workforce development and incentivize young people with benefits, such as loan forgiveness programs, could pave the way for a younger and stronger New Hampshire economy.

“I’m trying to get this message across that being a townie is cool,” she told NH Journal. “Somehow, kids feel like if they want to be seen as successful that means leaving New Hampshire, and there is this stigma of not being cool if you stick around.”

Norton said even the symbolism of having a young governor could benefit New Hampshire’s demographic trajectory. Sununu, at the age of 42, is currently the youngest governor in the United States.

“Symbolically, we also have a young governor who is focusing on economic development,” he said.

In his inauguration speech, Sununu said he was committed to reaching out to “100 companies in 100 days out-of-state to invite them in. You will not get all 100, but we will try. You can’t catch any fish if you don’t go fishing.”

“Even if none of that comes to fruition, you’re creating the symbolism that New Hampshire is a business-friendly and family-friendly place,” Norton said. “But as always, the devil is in the details. For many of the proposals he put forward, we’re going to have to wait and see how the legislative process defines them. There are a lot of potential impacts but we’ll have to wait and see what happens.”

The governor’s budget proposal is expected to go through many rewrites and changes in the next few months as it moves through the House and Senate. While he helps set policy, it’s up to the Legislature to decide what proposals will be funded.

There are a number of education, health care, and child care bills in front of the Legislature, but Norton said he’s not seeing legislation focusing on how to tackle the state’s demographic struggles. He is optimistic, though, since Rep. Neal Kurk, R-Weare, introduced a bill creating a demographic study committee, who would make recommendations to lawmakers about how to tackle the aging problem in the state. It recently passed in the House and now it goes to the Senate.

Luczko said is also hopeful that communication between businesses, lawmakers, advocacy groups, and policy experts will improve as they work together on their mission of attracting young people.

“I cringe when we see duplication of efforts and someone starts a new effort that’s already being done,” she said. “There is a fine line between ‘the more the merrier,’ but then there’s something to say about being more effective if we combine resources and are more strategic about it.”