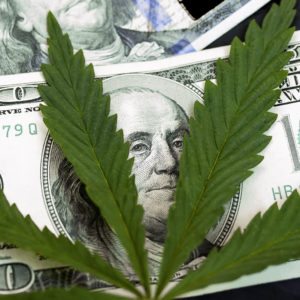 An attempt at legalization failed earlier this year when — after passing the state House — it stalled in the state Senate over issues ranging from marijuana advertising to driving while under the influence penalties, among others.

In the wake of this failure, Gov. Michelle Lujan Grisham created a task force charged with developing a framework for legislation before the 2020 session begins in January. She created the Cannabis Legalization Working Group with the goal of making New Mexico’s handling of the thorny issue of pot legalization “the envy of the country.”

Albuquerque City Councilor Pat Davis, who leads the task force of approximately 20, says the group intends to be totally transparent in its marijuana legalization research. It has created a website so the public can track its progress, share opinions, and stakeholders can comment. The working group also plans to hold at least four more public meetings; the next one is scheduled for August 14 in Albuquerque.

“No one has done a process for developing legislation like this, with this online engagement portal, that lets the public comment at the same time as stakeholders,” Davis told InsideSources. “It’s also a way for us to be sure that — in the short amount of time we have — that everybody’s input is in.”

At its first meeting July 10, the working group decided to use House Bill 356 as a starting point and a template for new legislation. House Bill 356 had both Republican and Democratic supporters and detractors.

“House Bill 356 had 72 different sections dealing with different questions,” Davis said. “So, we’re going to break those out, and these are the questions we are going to ask the group to answer.”

Davis said the task force would compare how other states — where recreational marijuana use is legal — deal with each provision.

“I’ll give you a good example: Section 21 of the bill was on advertising, where you can or cannot advertise cannabis products.” he said. “So we say: ‘Here’s what New Mexico legislators proposed in their bill,’ and compare that to here’s what Colorado did, here’s what Michigan did.”

Then Davis said task force members would need to answer: “Which of these options do you like or how would you write it if you had to takes pieces from each one?”

Part of the reason that House 356 failed in the Senate, Davis said, was because “there had not been a lot of work done in the previous months in introducing [the bill] to the interim committee and giving legislators time to ask questions and get data.”

Davis wants to make sure this doesn’t happen again.

The working group includes representatives from the Lujan Grisham administration, the medical marijuana industry, law enforcement, organized labor and the business community, along with state legislators Rep. Javier Martinez (D-Albuquerque) and state Sen. Cliff Pirtle (R-Roswell), who supported the crux of the legislation but still has concerns, Davis said.

The New Mexico Republican Party, on the other hand, is dead set against any legalization bill, according to its chairman, Steve Pearce. The state GOP believes it will have a negative impact on New Mexicans.

“As the Republican Party, we took a position against the bill,” Pearce told InsideSources. “First of all one of the key issues is that it will increase revenue for the state; I don’t believe that.

“Secondly, in New Mexico almost one out of every two people are on public assistance already, and when you introduce one more roadblock to people who are struggling to get back into the workforce and get their lives in order, then that just doesn’t seem productive,” he said.

“To say that other states have done it is really not even the issue. We have to take a look at New Mexico specifically.”

Eleven states and the District of Columbia have legalized recreational marijuana use. The most recent was Illinois, where the governor last month signed a bill that will take effect next year.