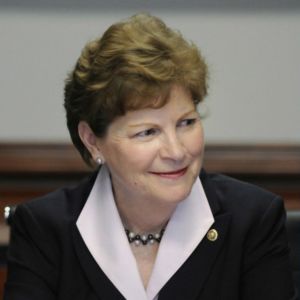 The New Hampshire Republican Party and other conservative groups blasted the state’s two Democratic U.S. senators after they said they will vote against Judge Neil Gorsuch, President Donald Trump’s Supreme Court nominee, when he comes up for a confirmation vote next week. The senators also said that he should not be confirmed without 60 votes in the Senate.

Shaheen said his record on women’s reproductive rights is “very troubling” and he has a “very alarming record” of putting corporate interests before employees’ rights.

“I cannot support a Supreme Court justice who would turn back the clock on women’s reproductive rights,” she said in a statement. “I was also disheartened by his evasive answers to questions regarding the Citizens United decision, which has dramatically increased the amount of secret money in politics.”

Hassan released her decision with a post on Medium, writing “Judge Gorsuch is not in the mainstream. He has not shown a commitment to protecting the rights of all Americans, and he does not seem to always fully consider the consequences his decisions have on real lives.”

Both senators agreed with Senate Minority Leader Chuck Schumer, D-N.Y., that Gorsuch should be required to reach a 60-vote threshold in order to be confirmed.

“When President Obama nominated Judge [Merrick] Garland, Republican leadership immediately blocked his nomination, preventing a hearing and a vote. Despite this unprecedented obstruction by the Republican majority, I remain committed to upholding the constitution’s instruction to advise and consent on Supreme Court nominations,” Shaheen said. “As Judge Gorsuch’s nomination comes to the floor, I will support a 60-vote threshold for approval, an appropriate high bar that has been met by seven of the eight current Supreme Court justices.”

The GOP Senate leadership refused to hold a hearing or vote for former President Barack Obama’s nominee, Merrick Garland, last year. After Gorsuch’s hearings last week, Schumer said he will vote no on Trump’s nominee and asked other Democrats to join him in blocking an up-or-down, or direct “yay” or “nay,” vote on Gorsuch. To overcome that obstruction, Senate Majority Leader Mitch McConnell, R-Ky., needs 60 votes, or he could invoke the “nuclear option” and change Senate rules to allow Gorsuch to be confirmed by a simple majority vote.

There’s been some confusion over the language for confirming a Supreme Court nominee. By Democrats saying Gorsuch needs to be approved by a 60-vote threshold, the Washington Post’s fact checker gave them “Two Pinocchios,” calling it “slippery” and “misleading.” It’s not required for nominees to get 60 votes, since two of the current eight justices that sit on the bench did not meet that “standard.”

Despite that, Hassan also agreed with the 60-vote threshold for Supreme Court nominees.

“Sadly, Senator Shaheen would rather play obstructionist games and vote lock-step with liberal Democrats, like Chuck Schumer, than confirm a judge who has received high praise across the board,” Forrester said in a statement.

Forrester also accused Hassan of not being an “independent voice” in the Senate, despite promising to be that during the campaign last year.

“The truth is, she is serving her party’s leadership in Washington and its extreme left wing,” Forrester said. “This is pure politics.”

America Rising Squared (AR2), an arm of the Republican opposition research group America Rising, also attempted to paint Hassan as being a rubber stamp for the Democratic Party and just repeating what Shaheen does.

“Senator Hassan’s obstruction to the highly qualified Judge Gorsuch proves that not only is she willing to take marching orders from the loony liberals in her party, it is another reminder she is going to follow Shaheen’s every move,” said Nathan Brand, spokesman for AR2 and former U.S. Sen. Kelly Ayotte campaign staffer.

Despite the political backlash for their decision not to confirm Gorsuch, Shaheen, Hassan, and even Schumer have used different rhetoric in the past about Supreme Court nominees.

Hassan penned an op-ed in the New Hampshire Union Leader last year, calling on the Senate to hold a hearing and vote to fill the Supreme Court vacancy left by the death of Justice Antonin Scalia

“As is often said, justice delayed is justice denied. A stalled Supreme Court will not move our country forward; it will only exacerbate the deep political divide and gridlock in Washington,” Hassan wrote.

There was also some confusion earlier this year on Shaheen’s comments about Gorsuch’s confirmation vote. On the Senate floor, she surprised many people when she said on February 7 that she would support an up-or-down vote.

However, Ryan Nickel, Shaheen’s communications director, took to Twitter to correct the record saying she meant a cloture vote, or 60 “yeas” to be approved.

“We much prefer the risk of up-or-down votes in majority rule, than the risk of continued total obstruction. That is the bottom line, no matter who’s in power,” Schumer said.

Gorsuch is scheduled to receive a vote on April 7.