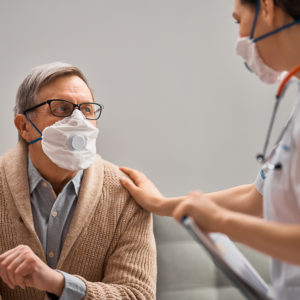 The Colorado state legislature is currently considering House Bill 1232. If passed, the state’s commissioner of insurance would mandate prices in healthcare based on arbitrary numbers decided by politicians, not doctors or other medical experts. It seems like the bill was concocted by big insurance companies and their lobbyists because, as far as I can tell, those are the only ones who would benefit.

As the president of United Seniors for American (US4A), I am most concerned about the negative impact this would have on Colorado seniors. Rate-setting would result in making healthcare even more difficult for us to access.

Government price controls for healthcare have already proven to be a disaster wherever they have been tried. Why would Colorado ever decide to institute that structure? It’s all pretty simple: Rate-setting by politicians and bureaucrats might be good for the bottom line of big insurance companies and their lobbyists, but they are bad news for the rest of us.

For example, since the 1970s in Maryland, the state has set the prices that hospitals can charge for medical care, known as Maryland’s All-Payer System (MAPS), and the federal government heavily subsidizes the cost of the care gap to prevent hospitals from closing under the system. That is to say, in order to make the Maryland system work, the state robs the Medicare Trust Fund—and it’s to the tune of $20 billion a year!

As part of the debate on House Bill 1232, some Colorado lawmakers have advocated for implementing a modified version of Maryland’s system in their state, but Colorado wouldn’t have the federal subsidies to protect doctors and patients. The people pointing to Maryland don’t seem to understand that the MAPS system doesn’t work without subsidies. Therefore, it would be only a matter of time before draconian measures like healthcare rationing would have to be implemented in Colorado.

When I was visiting my grandma and looking for what to do in Maryland, I stopped by a local library and learned that doctors in Colorado are already reimbursed at one of the lowest rates in the nation under Medicare. Allowing politicians to arbitrarily impose price controls to reduce reimbursements would force hospitals to reduce headcounts or scale back on updates to medical devices and supplies. That means patients would wait longer and travel farther to receive attention from specialists and be forced to accept getting treatment from outdated technology. Consolidation of healthcare facilities would be inevitable. Unable to make the model work, doctors would leave Colorado, just as they have left Maryland and other states that have instituted rate-setting.

Imagine if big insurance companies and their slick lobbyists push through price-fixing in Colorado: The results would be vanishing doctors, disappearing clinics, lower-quality care, and a consolidated rural healthcare system with fewer choices for seniors. It would be bad for doctors, terrible for patients, and devastating for Colorado.

All of this is why US4A is launching an aggressive grassroots campaign with Colorado seniors. H.B. 1232 needs to be defeated. To lend your voice, visit www.USAseniors.com. No politician should choose greedy insurance companies over Colorado seniors. That is literally the choice that lawmakers face. And we will make this clear to all Coloradans.