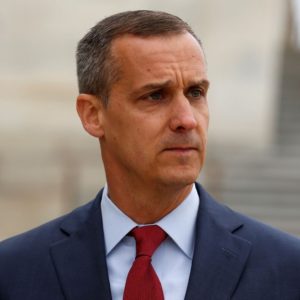 The news that longtime Donald Trump aide Corey Lewandowski is pondering a possible U.S. Senate run in 2020 caused a major upheaval in NHGOP politics. But one Granite State Republican who isn’t impressed is someone who once had the job: Former Senator Judd Gregg.

“He’s a thug,” Gregg told NHJournal. “He’s part of Trump’s cadre of thugs. If he were to run and become the nominee, it would be an outrage.”

Gregg, known as an outspoken fiscal conservative, represented New Hampshire in the U.S. Senate from 1992 to 2010.

Lewandowski responded by telling NHJournal, “This only helps me remind the people of New Hampshire that career politicians have destroyed our country and significant change is needed in Washington.” 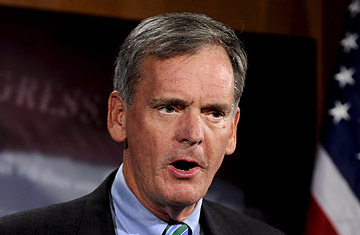 Lewandowski, 45, was Donald Trump’s first campaign manager, and he remained close to the president even after being replaced by the now-incarcerated Paul Manafort.  He made several public statements on Thursday indicating he is “seriously considering” entering the GOP Senate primary. The race already includes retired Brig. Gen. Don Bolduc and former NH House Speaker Bill O’Brien. Attorney Bryant “Corky” Messner is expected to enter the race as well.

“Regardless of who enters this race, I look forward to a vigorous and fruitful debate about the issues that matter to the people of New Hampshire because that’s where my focus lies,” Bolduc said.

Sources familiar with Lewandowski’s thinking tell NHJournal they believe he is leaning strongly toward entering the race, in part because he’s being encouraged by President Trump to challenge the incumbent Democrat. “I would be very surprised if he doesn’t get in,” one source said.

“I think his strongest supporter is the person who he looks at in the mirror,” Republican strategist Tom Rath said told the Daily Beast. “My guess is he wouldn’t be the frontrunner.”

Another longtime GOP pro contacted about a Lewandowski Senate run simply replied: “He will not. He should not. I hope not.”

Other Republicans took a more pragmatic view, however, pointing out Lewandowski would likely be able to use his Trump connections to raise the vast amounts of money needed to mount a serious challenge to Sen. Shaheen, who spent a record $16.5 million in her 2014 re-election bid.

“Corey could be the Beto O’Rourke of Republican fundraising,” one GOP insider said.

And a Lewandowski candidacy could also amplify the NHGOP’s 2020 strategy of targeting and turning out low-motivation/first-time voters in blue-collar and working-class communities. They don’t identify with the Republican Party, but they have a strong connection to President Trump.

Lewandowski appeared to reference that strategy when he told Fox News on Thursday, “The president needs a strong supporter of his on the ticket in New Hampshire. New Hampshire is a state he lost by 2,700 votes, but having a strong, unified ticket in the state will help him be successful in 2020.”

“The damage is already done,” one Republican said of the Trump effect on the NHGOP. “The swing voters who hate Trump don’t care who the Senate nominee is, they’re going to punish Republicans anyway.  So if you’re going to take a beating with suburban women, you might as well maximize your vote with rural men. Lewandowski might be the only candidate close enough to Trump to help turn out those voters.”

“That’s one of the most absurd things I’ve ever heard,” Gregg said of this strategy. “The swing vote in this state that decides elections is the thoughtful, center-right vote. They’re looking for candidates who are decent people.”

Interestingly, Gregg believes President Trump has a legitimate shot at winning New Hampshire in 2020, regardless of whether Lewandowski’s on the ballot.

“The Democrats are in more trouble than I think they realize,” Gregg said. “They have ideologically jumped the rails by embracing candidates who actually believe in socialism.  If they nominate Sen. Warren or Sen. Sanders or Sen. Harris, I don’t think they’ll win New Hampshire, despite how personally unpopular President Trump is here.”

“DC Repubs realize Bolduc, Messner & O’Brien are deeply flawed candidates so in desperation they scrape the bottom of the barrel to come up with DC lobbyist/fired Trump manager Lewandowski. Pass the popcorn!”