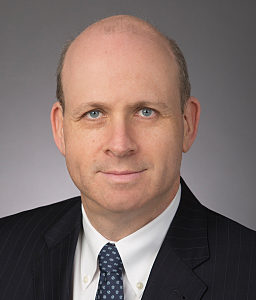 Why has Marc Elias, the Democratic National Committee’s election lawyer, filed more than 50 lawsuits around the country challenging state election laws in advance of next month’s presidential election?

But most of the state laws he’s challenging have been in place for years — including when he was the legal adviser to the John Kerry and Hillary Clinton presidential campaigns. Why is Elias suddenly asking courts to overrule state election laws and count ballots that come in after Election Day, or force states to have unattended ballot collection boxes?

Someone who knows Elias and the Perkins Coie law firm where he works thinks there’s a better answer.

“What they’re trying to do is lower the bar a little bit in terms of what the requirements are,” says Fritz Knaak, who represented Republican Sen. Norm Coleman in the bitterly contested 2008 Minnesota U.S. Senate race. Elias and Perkins Coie represented liberal challenger, Al Franken, who won the election despite significant questions about illegal voting.

Elias is the force behind an organization called Democracy Docket, which has teamed up with progressive groups to file more than 30 lawsuits in the weeks leading up to the November election.

He is perhaps best known for his role in the Russia collusion story. As the attorney for both the DNC and Hillary Clinton campaigns, he helped bankroll research by Fusion GPS that created the now-discredited “Steele dossier” used to obtain FISA warrants to spy on the Trump campaign during the 2016 race.

According to Knaak, Elias learned a lesson in the contested Minnesota U.S. Senate rate that he’s applying today.

He knows how important it is to get as many absentee and mail-in ballots approved as possible because Elias was sitting there in the courtroom in Minnesota 12 years ago listening as Knaak pleaded with the court to allow some 12,000 rejected absentee ballots to be counted.

“There’s no doubt in my mind that if all of those 12,000 had been counted, Norm probably would have won,” Knaak told InsideSources, “because a lot of them were ‘outstate’ [outside of Minneapolis and St. Paul], in areas where he had done strong and that’s where, at least in this state, we get our most Scandinavian, persnickety election judges, you know, ‘Oh, I don’t think that signature’s exactly right.’ People in the area around Minneapolis-St. Paul are far less concerned about such things, as a practical matter.”

Coleman was declared the winner on election night in 2008 by 725 votes, but after adjustments in subsequent days, that lead was whittled down to 215 votes and in accordance with the law, the state canvassing board ordered a hand recount. That recount concluded on Jan. 5, with Franken declared the winner by 225 votes.

“Looking back on it, their approach was obviously better than ours,” says Knaak. “They won.”

It was an extraordinary episode in American political history, with Al Franken seated as a U.S. senator on July 7, 2009, six months after Coleman’s term had ended.

Rejection of so many absentee ballots from many small towns, says Knaak, turned out to be the Coleman campaign’s downfall.

“We tried to say, these people clearly wanted to vote. They’re being frustrated by these technicalities. They’ve conformed with all of the other requirements. Let’s let them vote. And our Supreme Court said no,” he remembers.

The ballots were rejected for a myriad of reasons, many because they didn’t have a witness signature (required by law in Minnesota) and many others because they were missing a postmark.

“He was right there at the other table when all these things were being argued,” he says. “So they’re certainly keenly aware of what the various issues are and I think what he’s trying to do is minimize those obstacles, lower the bar.”

Among the states Democracy Docket has targeted are Wisconsin, Michigan, North Carolina, Florida and Pennsylvania — all swing states expected to play an outsized role in the final Electoral College count.

In Pennsylvania, Elias filed suit to force county boards of elections to accept late ballots that don’t arrive for a full week after the election. He also sued to force officials to count late ballots without a postmark to prove they were cast by Election Day.

Elias also sued to prevent county boards of elections from disqualifying ballots if the signatures don’t match those on file, and to prevent rejection of ballots that aren’t in the security envelope, and only inside of one envelope.

The Pennsylvania Supreme Court ruled that mail-in and absentee ballots must be accepted if received by Friday, Nov. 6 and cannot be rejected for not having a visible postmark. Republicans have appealed to the Supreme Court and are awaiting a ruling.

If the popular vote in Pennsylvania is close, all of these things will matter immensely.

More than 2.5 million voters have requested either absentee or mail-in ballots this year in Pennsylvania. They’ll be counted starting at 7 a.m. on Election Day in the various counties, with lawyers for both sides keeping a close watch.