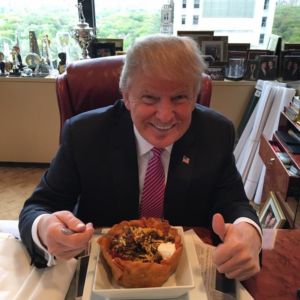 Hispanics Don’t Love Trump, But These Latinos Are Now Backing Him

Two months ago, from a sparsely attended panel discussion in Washington, InsideSources broke news that some leading Latino conservative activists who had spoken out forcefully against Donald Trump were warming to him.

They certainly didn’t like his approach on immigration — disparaging Mexican immigrants and proposing a “deportation force” to remove those in America illegally — but they were banking on his ideological flexibility in the general election. And they really couldn’t abide Hillary Clinton.

On Monday, as the Republican National Convention kicked off in Cleveland, one of those same activists — Alfonso Aguilar, president of the Latino Partnership for Conservative Principles — led a separate group of Latino conservatives in endorsing Trump.

“In the past weeks and months, many Americans have vividly seen and experienced the tough challenges facing the nation,” they said in a letter, “including terrorist threats and attacks at home, unprecedented divisiveness and racial tension among our citizens, and a slow-growing economy that cannot create good paying jobs. Furthermore, their confidence in our leadership has eroded as they watch politicians use their positions for personal benefit, putting our national security at risk in the process, with the belief that they are above the law.”

Digs at Clinton were a key rationale for the group, but they also seemed to have come around on Trump:

We are not enamored with Donald Trump’s bombastic rhetoric and personality. But at least we know that Donald Trump won’t divide the country and fuel the flames of racial confrontation by accusing the police and the entire criminal justice system of being racist. We also know that Trump can better address the terrorist threat we face because, contrary to Clinton, he is willing to acknowledge and address its root cause: radical Islamic fundamentalism. And we also know that Trump will reverse the current over-regulation and excessive taxation of business which stifles economic growth and prevents the creation of well paid jobs.

They also addressed Trump’s alienation of the Latino community specifically:

We realize that much of the uproar over Trump within the Latino community has been over his comments and proposals on immigration. Democrats have certainly used it to pander to our community. But the reality is that Clinton cannot be trusted on immigration. She now portrays herself as a champion of immigrant rights, yet back in 2007 she voted for a poison pill amendment to kill immigration reform. Just two years ago, she called for the expedited removal of unaccompanied minors coming from Central America. Let’s face it: Clinton doesn’t want a solution to immigration. Instead, she wants an issue to use for political gain to carry the favor of Latino voters. Like Obama, who promised immigration reform the first year of his term and then didn’t deliver, if elected, Clinton will not do anything to work in a bipartisan way to pass legislation to fix our dysfunctional immigration system. Ironically, even on immigration, we may fare better with Trump. At the end of the day, he is practical and a deal-maker. He said recently that he doesn’t want to deport every single undocumented immigrant, and that he only called for the removal of those with criminal records.

In addition to Aguilar, other signatories included a former president of the U.S. Hispanic Chamber of Commerce and National Republican Hispanic Assembly, and a former Colorado state senator.