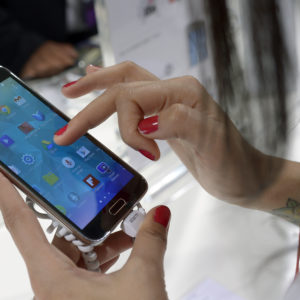 House to Take Up Senate Repeal of Broadband Privacy Rules

The House of Representatives is prepping for a vote Tuesday to repeal the toughest broadband privacy rules ever put in place by the federal government. The move could block the Federal Communications Commission’s ability to police sensitive data gathered by internet service providers on their subscribers, but supporters argue the current rules hold ISPs to a much higher standard than edge providers, like Google and Facebook.

Lawmakers on the House Rules Committee met Monday afternoon to discuss a vote scheduled Tuesday to repeal the rules via the Congressional Review Act (CRA). The act allows Congress to repeal regulations and block agencies from enacting similar rules in the future. The CRA has seen much use since the start of the new Republican-controlled Congress under President Trump.

Tuesday’s vote is the next step in the Republican-led effort to repeal the broadband privacy rules. On Friday, the Senate passed a resolution sponsored by Arizona Sen. Jeff Flake. Passage by the House with a simple majority virtually guarantees the end of the rules, put in place by the then-Democratically led FCC to bar ISPs like Comcast and Verizon from collecting data, including browsing history and app usage, from subscribers without first obtaining their consent.

Republicans in the upper chamber passed the resolution along a 50-48 party-line vote, drawing criticism from Democrats and supporters of FCC net neutrality rules, of which the broadband privacy rules were an outgrowth.

“President Trump may be outraged by fake violations of his own privacy, but every American should be alarmed by the very real violation of privacy that will result of the Republican roll-back of broadband privacy protections,” Massachusetts Sen. Ed Markey said after Friday’s vote. “With today’s vote, Senate Republicans have just made it easier for Americans’ sensitive information about their health, finances and families to be used, shared, and sold to the highest bidder without their permission.”

Pro-net neutrality group Public Knowledge, whose former president worked under then-FCC Chairman Tom Wheeler to pass the rules, said the vote “is a clear sign that American interests come second to those of broadband providers.”

“In a world where everything is increasingly digital, now there will be no rules preventing ISPs from selling your web browsing history without your permission — covering everything from the apps you use to your smarthome devices,” policy fellow Dallas Harris said.

Conservative think tanks and trade groups on the industry side celebrated the vote they say brings ISPs one step closer back to parity with edge providers like Facebook and Google. The other half of the online ecosystem faces no such restrictions under less stringent Federal Trade Commission privacy rules. Both sides fell under FTC jurisdiction before net neutrality brought ISPs under FCC oversight in 2015.

“The Senate’s action represents a critical step towards reestablishing a balanced framework that is grounded in the long-standing and successful FTC privacy framework that applies equally to all parties operating online,” reads a statement from NCTA, the internet and cable association representing Comcast, Charter and other ISPs. Additional groups representing AT&T, CenturyLink, T-Mobile, Verizon, and others previously lobbied Congress against the rules.

Berin Szoka, president of the conservative technology policy group TechFreedom, said the CRA “will simply mean that the FCC will police broadband privacy case-by-case — just as it had done under Democratic leadership after the FCC’s 2015 Open Internet Order deprived the FTC of its consumer protection power over broadband by reclassifying broadband as a common carrier service.”

Other groups in support of the rules started a campaign targeting Republican representatives who support repeal on social media Monday. Joshua Stager, a policy fellow for New America Foundation’s liberal-leaning tech policy think tank Open Technology Institute, tweeted the names of members intending to vote for the CRA alongside a list of donations from major ISPs like AT&T, Verizon, and Comcast.

Many were among the top donors to Reps. Adam Kinzinger, Leonard Lance, Mimi Walters, House Majority Leader Kevin McCarthy, and Communications and Technology Subcommittee Chair Marsha Blackburn, who sponsored the CRA repeal on the House side.

Why is @MarshaBlackburn sponsoring a bill to let AT&T and Verizon (2 of her biggest donors) sell your browsing history without your consent? pic.twitter.com/ydTWeILgOt

Why is @AdamKinzinger supporting a bill to let AT&T and Comcast (2 of his biggest donors) sell your browsing history without your consent? pic.twitter.com/w1pljEFRBu

Why is @RepLanceNJ7 supporting a bill to let Verizon and AT&T (2 of his biggest donors) sell your browsing history without your consent? pic.twitter.com/TySLTMtwIr

Why is @RepMimiWalters supporting a bill to let AT&T, Comcast & Verizon sell your browsing history without your consent? #FollowTheMoney pic.twitter.com/Ixpid2MtBl

Why is @GOPLeader supporting a bill to let Comcast, one of his biggest donors, sell your browsing history without your consent? pic.twitter.com/bv9WjKpihP

It’s worth noting OTI is funded in part by Google, the dominant force in the online targeted advertising space. As such the company stands to gain if the broadband privacy rules stay in place, limiting the ability of ISPs to compete. Google has been New America’s largest contributor, with at least $1 million last year coming from both the company and the company’s chairman, Eric Schmidt, who simultaneously serves as chairman emeritus at New America.

Other advocacy groups opposing the CRA have been also received substantial funding from Google. The Center for Democracy and Technology and Electronic Freedom Foundation are closely tied to the company.