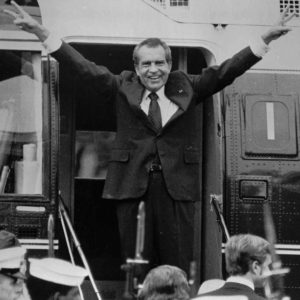 How Does Executive Privilege Really Work?

With the January 6th Committee on a short summer pause, it will look to carry the momentum of the most recent hearings into the fall. One of the critical issues it will need to deal with on a deeply practical level is executive privilege, which has been claimed by multiple prospective witnesses.

Counterintuitively and contrary to the belief of some prospective witnesses, the executive privilege resides with the current chief executive — President Biden — not former president Donald Trump.

Back in the innocent time known as the Watergate era (1974),  the Supreme Court dealt with executive privilege in United States v. Nixon. There, the court found that while still president, Nixon put forth inadequate arguments why the White House tapes should be privileged. Three days after Nixon said he was disappointed but would ultimately comply with the court’s decision, the Select Judiciary Committee approved three articles of impeachment.

But this case is germane because claims of executive privilege regarding the events of January 6th might eventually have to be resolved by the highest courts of the land rather than negotiations between a congressional committee and reticent witnesses.

The battle is one of the rights of executive privilege versus a grand jury’s right to investigate one of the most significant insurrections in the nation’s history. While it’s tempting to think this has to be more complex than saying that criminality outweighs executive privilege, that’s essentially the crux of it.

Reynolds was a case about a tragic plane crash that killed U.S. military personnel and civilians. The plane was transporting “secret electronic equipment” when it crashed. Three widows of the dead civilians wanted information about the Air Force investigation that ensued.

The question presented to the Supreme Court was whether a trial court in a civil case must view in the plaintiff’s favor the point on which privilege is claimed, and information is withheld.

In the 1953 decision, the Supreme Court held that the government may withhold information for reasons of national security even when that information is vital to the plaintiff’s case, but the cause for privilege must be reasonably demonstrated.

John Lawlor, a Florida lawyer, explains: “What this all means today is that executive privilege must be claimed and/or waived by the government but not any private individual — and that it can’t be invoked lightly.”

What really should be important for all of us regarding the events of January 6th is discovering the truth, no matter what public officials, private citizens and political ideologies are helped or harmed. Yet, with this lynchpin of executive privilege, we will have to look to the courts for their guidance and direction.