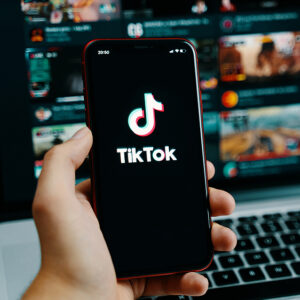 How Does TikTok Calculate Music Royalties?

The song “All Star,” by Smash Mouth, was released in 1999. While it was certainly a hit then, having been nominated for a Grammy in 2002, the song has not only seen a resurgence on social media but it defines how a song can become truly viral decades after it is released.

TikTok, a China-controlled social medium, makes music available to match your posts. You record your video and can then match it with music, or a voice clip, as many people do, to make it seem as if you’re speaking the words in the clip. It sounds silly but this is how memes work and multi-billion-dollar social businesses are built.

There is something about the pause and syncopation of the emphasized second syllable in “someBody,” the first word of the song, that makes it perfect for a scene in which someone falls, gets hit by something, or endures some other kind of colossal failure made very public though a TikTok meme.

Social media is all about making things viral so as many people as possible see them. So the best way to think of the formula to making something potentially viral on a platform such as TikTok is the intersection between images, words and sometimes a clip from a famous song. TikTok built a platform around this, and critical to all of this is having a ton of users working hard every day to essentially generate content for the platform. This is the grain that bakes TikTok’s bread.

The reward for these creators is a different type of bread. There are far more people than you would imagine who earn their living through TikTok. Not just those we may have read about who earn fantastical sums, but a lot more people who earn a reasonable living through regularly posting popular content on the platform.

TikTok has its own royalty system to reward and compensate members of the public who become their creators. But since some of the success from these users is based on use of copyright music, TikTok also has a reward system for those artists. While streaming services such as Spotify pay artists based on how many times their song is played, TikTok pays artists such as Smash Mouth based upon how many videos use their songs. On TikTok, having a song played a million times on one remarkably viral TikTok post is far less beneficial than having your song played on 1 million posts.

So, if by the most recent figures available, TikTok is paying three cents for each new video in which your song is played, it would take 100,000 videos using your music for you to earn $3,000. That’s a lot of creators using your work, but for the most popular songs on TikTok, the numbers are impressive enough to draw artists to make music that fits what the platform’s creators do and to help them drive their engagement numbers.

This can definitely add up. To say that the Smash Mouth song clip is ubiquitous on TikTok would be a huge understatement. It seems, from my research, to be impossible to scroll through TikTok for more than 30 seconds without coming across a video that uses a clip of “All Star.” Just the TikTok search “all-star fail” will yield close to 2 billion results — that’s some seriously compelling math.

As the BBC reported, everyone from hot new artists to established superstars have developed TikTok FOMO. The cost of missing out on the viral moments that TikTok can create for an artist are both financial and intangible. With great luck and timing, a new artist getting a song viral on TikTok can affect their entire career trajectory. So while the actual royalties are nice for the artists, becoming part of a moment is even more important.

Charlie Cartwright, a Florida lawyer, explains that TikTok users themselves are always in a dynamic tension in what they’re allowed to do to create these viral moments:

“On TikTok and any other social platform, creators are bound by the terms of service and community guidelines. In any social media setting where people who create content are rewarded based on their metrics, there is a temptation to test the elasticity of the platform’s rules to see how many views and likes you can get and to drive people to watch your other content.”

So whether creators are trying to leverage a popular Adele song, breathe new life into a classic such as “All Star,” or make new artists such as Pink Pantheress or Hazey — who intentionally create TikTok-friendly music — blow up on social media, it’s always a race to create new content where the greatest rewards come to those who can create not one thing that goes viral on the platform but many things that do.