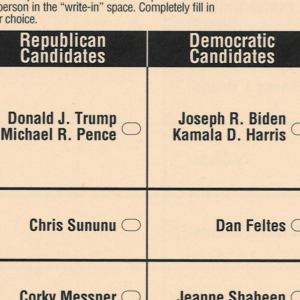 How Would NH Handle a Presidential Vacancy Before the Election?

President Donald Trump announced on Friday that he had tested positive for COVID-19, raising several constitutional questions regarding the presidential election that is just weeks away. The Broadside, our weekly newsletter, which you can subscribe to here, spoke with N.H. Secretary of State Bill Gardner Friday morning to learn how various scenarios might play out under New Hampshire law.

First, if a president is temporarily incapacitated, the 25th Amendment sets out procedures for transferring power to an acting president, as explained here. 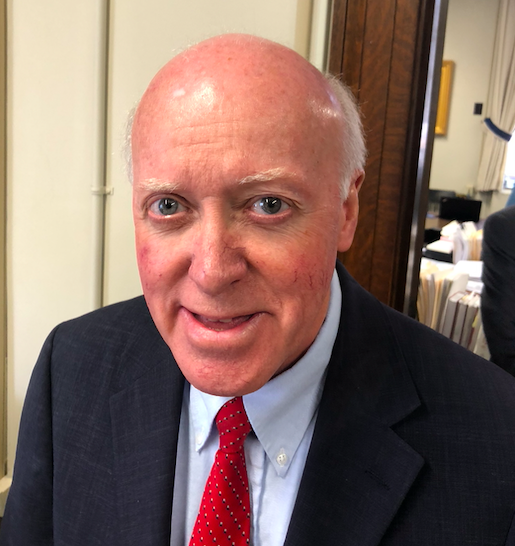 Obviously, already issued absentee ballots could not be changed.

In the event that a nominated candidate withdraws, is incapacitated or dies before the election, RSA 655:38 and 655:39 establish that the candidate’s political party would choose a replacement. At the federal level, too, parties replace presidential nominees.

The process of replacing a candidate on a ballot is governed by RSA 656:21, “Pasters; Substitute Candidates.” That law states:

So what happens if a presidential candidate withdraws, is incapacitated or dies within a week of the election and there’s no time to put the replacement’s name on the ballot? The ballots won’t be changed, Gardner said.

As the Library of Congress explains: “When citizens cast their ballots for president in the popular vote, they elect a slate of electors. Electors then cast the votes that decide who becomes president of the United States.”

Should President Trump win New Hampshire after dying or resigning, the state’s Republican electors would be free to cast their Electoral College votes for Mike Pence (who would already be president). Technically, New Hampshire’s electors can vote for whomever the party chooses as its replacement, or anyone else. No state law limits their vote.

“The electors actually can vote for whom they want,” Gardner said.

That’s not necessarily the case in every state. Thirty-two states and the District of Columbia have laws requiring electors to vote for their party’s nominees. Each law is worded differently, so it’s not clear if all of those electors could vote for the vice president-elect as president.

As usual, the process is simpler and easier to understand in New Hampshire. Electors are free to vote for whomever they want. So in the case of a candidate becoming ineligible during or immediately after the election, there’s no constitutional issue here.

EDITOR’S NOTE: This article originally appeared on the Josiah Bartlett Center website and is republished here with permission of the author.