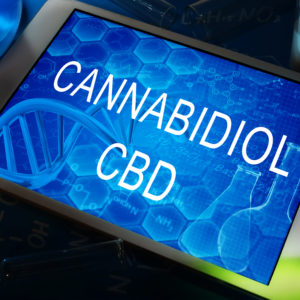 Signed into law at the very end of the 2016 legislative session and bookending former Governor Terry Branstad’s term before he was named Ambassador to China for the Trump Administration, House File 524 expands the state’s medicinal cannabidiol policies. Previously, Iowans were allowed to have cannabidiol oil to treat the symptoms of epilepsy, but were neither allowed to manufacture and distribute the product, nor cross state lines to obtain it, effectively making it impossible to get. The new law allows the Marijuana plant to be grown in the state and used to produce medicinal cannabidiol to be used as a form of treatment for patients with Parkinson’s disease, cancer, multiple sclerosis, seizures, AIDS or HIV, Crohn’s disease, Amyotrophic Lateral Sclerosis, as well as terminal illnesses that involve a life expectancy of less than one year and untreatable pain. The law gave the Iowa Department of Public Health (DPH) the regulatory authority to run the expanded program, allowing for two companies to manufacture the product.

MedPharm Iowa is owned by Dr. Chris Nelson, president and Chief Executive Office (CEO) of Kemin Industries, a global ingredient company. Nelson is also the managing co-partner of MedPharm Colorado, whom MedPharm Iowa will be working with in coordinating the intellectual copyright processes of procuring cannabidiol.

“With the creation of MedPharm Iowa, we will use our innovative expertise and experience with scientifically sound research to assist those dealing with chronic pain, cancer, debilitating diseases and possibly help alleviate the opioid epidemic in Iowa,” said Dr. Nelson in a press release. “For more than five decades, the Nelson family has owned and operated Kemin, and we have dedicated our careers to improving the quality of life for billions of people around the world.”

Director of the Office of Medical Cannabidiol (OMC) with DPH Randy Mayer said that when the department put out its requests for proposals for licenses, it received nine letters of intent from companies. However, only one company turned in an application at the end of the application period.

“I think its disappointing,” Mayer said. “The law says we can license up to two and we are interested in that.”

Mayer said that the department has only been able to hear back from one company about why it hadn’t turned in an application, and that while said company was agreeable to the rules and regulations of the law, it was the annual licensing fee that forced them to reconsider. Mayer said that the current annual licensing fee ranges from $150,000 to $200,000. The fee would be due on December 1, 2018. Mayer said that the cost would have to be paid without having made any money off of selling the product, meaning it would take a lot of upstart costs, especially with the need for infrastructure to procure the cannabidiol.

While MedPharm Iowa has been given the letter of intent to be a producer of cannabidiol by DPH, Mayer said that the final forms of the drug to be made available to patients is still not finalized.

In accordance with the law, DPH established the Medical Cannabidiol Board (MCB), which is tasked with making recommendations about cannabidiol to the Board of Medicine. Mayer said the MCB is still deliberating what forms that cannabidiol can be manufactured in Iowa, ahead of the deadline for licensing and production. Their decision is expected to be made at the next meeting on January 19, 2018. The Board of Medicine will then deliberate on the recommendations, with a final decision able to be made in February of 2019.

Mayer said that the tight windows of what products can be made are of concern to MedPharm Iowa. According to the law, MedPharm Iowa would need to give six months notice if it were to leave the program.

According to Lauren Burt, spokesperson on behalf of Nelson, “MedPharm Iowa will have an agreement in place with Kemin to contract for a range of services. MedPharm Iowa will have a state-of-the-art growing and manufacturing facility located on the Kemin campus in Des Moines, and will be investing millions of dollars into the state of Iowa.”

As for the next steps in the process, Mayer said that in January of 2019, DPH will issue a request for proposal for possible dispensaries of the cannabidiol product. The law allows for up to five, and Mayer hopes to be able to license that amount.
DPH also needs to purchase and implement the seed tracking system required by the law that will track every plant and seed.

“We’ll need to know where [the seed or plant] is at every moment in the state, whether if it’s made into cannabidiol or destroyed,” Mayer said. “The risk is that this can allow some Marajuana to be diverted into the black market, so we need to track it very carefully.”

As to whether or not DPH will seek out a second producer, Mayer said that the department would like to, but will wait until the spring of 2018, following the conclusion of the legislative session. Mayer said that DPH, as well as the MCB and MedPharm Iowa have made recommendations for changes in the law that will be deliberated in the upcoming session.

“We don’t want to get in the middle of a bid and have the legislature decide to have substancial changes made,” Mayer said.