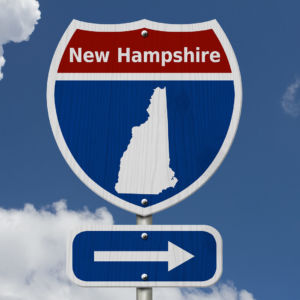 In NH, It’s ‘No Mask Mandate, No Mass Enforcement — No Problem!’

“If it ain’t broke, don’t fix it,” so the saying goes. Why then are New Hampshire Democrats demanding that Gov. Chris Sununu “fix” one of the top-performing COVID-19 strategies in the country?

When President Trump announced plans to hold a rally in Portsmouth, many Granite State Democrats turned their fire on Sununu, criticizing him for not instituting a mask mandate on the Trump event. When Trump pulled out of the Portsmouth rally (reportedly due to likely low attendance), Democrats kept up their attacks, demanding Sununu implement a statewide mask mandate with or without a Trump visit.

Executive Councilor (and Democratic candidate for governor) Andru Volinsky has repeatedly denounced the incumbent Republican for not issuing a statewide mask order. Nearly 200 Democratic representatives have written to Sununu urging the adoption of such an order.

And the chairman of the state Democratic Party is so aggressive on the issue, he called a group of GOP women candidates “not smart enough” to serve because they took a photo without masks.

So, how is New Hampshire faring in the fight against COVID-19 without a mandatory mask order?

Data analysis from the left-leaning Pro Publica shows New Hampshire is one of the best-performing states in limiting the virus’ impact.

According to the New Hampshire Department of Health and Human Services, the rate of positive tests has fallen from around 17 percent on April 30 — when testing was largely limited to people with symptoms or in high-risk groups — to about 3 percent two months later. The rate has remained steady and well below 5 percent for more than a month.

And these downward trends have continued in Sununu’s state despite his phased reopening of the economy that began on May 18. While Massachusetts has lagged behind in reopening, New Hampshire restaurants have been allowing indoor dining for weeks, and in the northern part of the state they can do so without restrictions.

Sununu has also resisted pushes from both sides of the aisle to issue mask orders for political events like Trump’s planned rally. He allowed anti-lockdown protesters to gather at the state capitol without masks, and he did the same when the wave of Black Lives Matter protests hit New Hampshire.

“From the outset of this pandemic, the State has not stopped or prevented individuals from peacefully assembling, including marches led by Black Lives Matter and protests from Reopen NH,” according to a statement from Gov. Sununu’s office. And while his Democratic opponents don’t mention it, Sununu supported and encouraged participation in the BLM rallies in New Hampshire at the peak of the state’s lockdown.

And yet, without a mask mandate or a draconian policy of restrictions, New Hampshire is getting better results than most of its neighbors, making it one of the top-performing states in the country.

As good as these numbers are, take out the stats from the state’s nursing homes–whose residents live in their own form of isolation away from the general population–and they get even better. According to NH DHHS, only 70 of the state’s 391 deaths have been outside of long-term care facilities.

And there has yet to be a single Granite State death among people under 60 and without comorbidities.

Yes, Sununu could bend to Democrats’ demands and impose a mask mandate on New Hampshire. He could put additional restrictions on businesses as some states are doing, too — businesses that are already struggling and in danger of permanently closing.