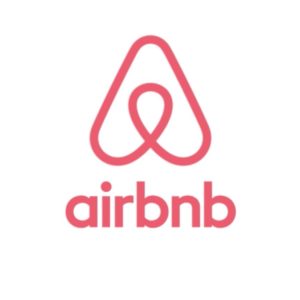 A new development in Airbnb’s suit against New York state shows the difficulty of expanding municipal bans on homesharing. While popular with travelers and homeowners, Airbnb is decidedly less well-liked by unions and the hospitality industry. In October, the company’s opponents won a significant victory when New York Gov. Andrew Cuomo signed a law banning short term rentals in the state. Now, however, developments in a lawsuit between Airbnb and the state of New York show that statewide bans may be more difficult to enforce.

On Tuesday, Airbnb reached an agreement with New York State, telling District Judge Katherine Forrest that they would work to resolve their disagreement out of court. The two sides agreed that New York City, rather than the state itself, is responsible for enforcement.

Although other municipalities have passed ordinances forbidding short-term rentals, so far, New York is unique in that it is the only state to pass legislation banning homesharing sites. Under the new law, listings for rentals of an entire apartment of property for less than 30 days are considered “illegal hotels” for which the owners can face fines of up to $7,500.

The law threatens to jeopardize one of Airbnb’s most profitable markets: New York City.

Still, the state ban differs from local bans in that the fine is incurred not for the rental itself, but for advertising it. In other cities, including Chicago, which either restrict Airbnb or ban it outright, the legislation refers to how property is zoned. But, since area zoning is primarily determined at the local level, this model could not be applied at the state level.

Instead, New York tried to go after the advertisements themselves. This shifted the discussion from one of zoning and property use to free speech. In court documents, Airbnb argued that the ban was overly broad in that it “would hold Airbnb liable for the content of rental listings created and posted by third-parties on Airbnb’s platform.” More importantly, banning the postings put Airbnb in a position where it was required to restrict the speech of its users or risk being fined.

“[The law] is an unjustifiable content-based restriction on speech in violation of the First Amendment,” argued Airbnb.

“In order to be assured of avoiding liability, including potential criminal prosecution, Airbnb would be required to screen and review every listing a host seeks to publish,” it continued.

Airbnb has focused its arguments on these free speech claims. Its argument may also be supported by the Communications Decency Act of 1996, which explicitly protects online platforms from being held responsible for the speech of their users.