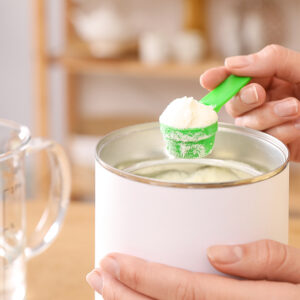 The national crisis of unavailability of infant formula — accelerated after the Food and Drug Administration’s February closure of Abbott Nutrition’s Similac factory in Sturgis, Michigan, because of bacterial contamination at the facility — has brought a renewed focus on this $4 billion-a-year industry.

On May 24, the Federal Trade Commission — one of the nation’s two antitrust authorities — announced an inquiry into the shortage of infant formula. The FTC staff inquiry will be twofold: first, it will seek information about the nature and prevalence of any “deceptive, fraudulent, or otherwise unfair business practices aimed at taking advantage of families during the shortage,” and second, it will attempt to “shed light on the factors that have led to concentration in the infant formula industry and the fragility of the supply chains.”

Marc Scheineson, an antitrust attorney with the law firm of Alston & Bird who has represented infant formula start-up firms, notes that such start-ups are “often immediately taken over by one of the bigger companies. This form of market domination has created an industry where “entry barriers are too high” and “competition is too great” for new entrant infant formula manufacturers to compete successfully.

A major contributing factor to why three major players — Abbott Nutrition, Reckitt Benckiser and Nestle USA — remain dominant in the industry is that they are the only infant formula manufacturers approved by the U.S. government to provide baby formula to low-income families eligible through the Special Supplemental Nutrition Program for Women, Infant and Children program.

As of 2018, 45 percent of all American infants were eligible for WIC assistance, and that WIC program accounts for more than half the nation’s formula market. These sole-source WIC contracts play a major role in how an infant formula manufacturer competes in a specific state. For example, in a 2011 study by the

Department of Agriculture’s Economic Research Service found that when an infant formula manufacturer holds a WIC contract, the “spillover” effect to non-WIC infant formula consumer purchases makes it so that the company captures nearly the entire infant formula market in the state.

The government also regulates the infant formula industry, as the FDA is charged with maintaining stringent (and different) safety and product labeling standards. Consequently, existing infant formula manufacturers have concentrated their operations in a limited number of facilities to maximize production efficiency and maintain federal regulatory requirements (the strictest infant food safety guidelines in the world).

Unsurprisingly, these regulatory barriers to entry have made it nearly impossible (only 2 percent of industry market share) for foreign infant formula manufacturers to compete in the U.S. marketplace. In addition, a 17.5 percent tariff is applied against most infant formula imported into the United States — another major entry barrier to expanding available supply.

First, encourage new competitors into the infant formula industry by relaxing the premerger notification filing criteria (as to minimum value and size) employed by the FTC and the Department of Justice to discourage mergers and acquisitions in this highly concentrated industry.

Second, state-level bidding for long-term WIC contracts often results in the formation of multi-state alliances that effectively “lock out” smaller company bidders that lack the manufacturing capacity. Public policy should actively discourage such multi-state alliances, allowing for the “nurturing” of new competitors who have the potential to “scale up” to meet individual, state-level formula product demands.

Third, it is time to reassess whether to continue the 17.5 percent tariff protecting the U.S. domestic infant formula industry from foreign competition. This tariff is a barrier to increasing supply (and competition) domestically and imports from Canada and the European Union, two U.S. allies that manufacture infant formula in high-quality, sanitary manufacturing facilities.