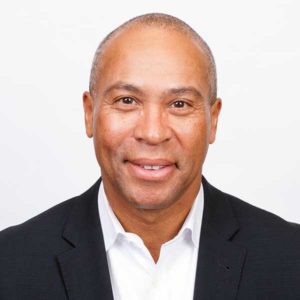 Inside Track 2020: Deval Patrick “Inching Toward” a POTUS Race?

Politico is reporting that Deval Patrick is “inching closer toward deciding on a 2020 presidential run.”

Today, Politico reports that Patrick “is really thinking about running but hasn’t decided yet,” according to Walsh.  Last August, Politico ran a story entitled: “Obama’s Inner Circle Is Urging Deval Patrick to Run.”

According to the August piece, “Barack Obama is nudging him to run” and Patrick is “ObamaWorld’s clear and away 2020 favorite.”  At the time, Patrick was more circumspect, saying  “it’s way, way too soon to be making plans for 2020.” Fascinatingly, he gave the interview from his post-governor gig at Bain Capital, the (evil) venture capital firm founded by another former Massachusetts governor, Mitt Romney.

Some big-dollar Democratic donors who play beltway politics are reportedly pushing Patrick, too.  And Patrick advisors like David Axelrod say Deval has early state advantages due to his experience campaigning in small-town central and western Massachusetts (helps in Iowa) and the eight years as governor of New Hampshire’s southern neighbor.

However, as NHJournal has reported, early polling has Patrick in single digits in the Granite State (despite eight years of coverage in the area’s biggest TV market), and when Sen. Liz Warren’s name is added, Patrick’s support drops to 4 percent.

Do polls six months before the midterms really matter? Of course not. But it does show that, for the moment, Washington, DC politicos and publications are more excited about the Patrick run that New Hampshire’s Democrats are.

Democratic State Sen. Lou D’Allesandro (author of the new book Lion Of The New Hampshire Senate) tells NHJournal: “I don’t think Patrick would capture the attention of NH Democrats.  He didn’t spend a lot of time here and I don’t believe he has been back since he left office.  As you know, the Bernie followers are very active.  It remains to be seen as to what the field will look like.”

UPDATE: Longtime Democratic activist and media personality Jim Braude tells NHJournal that Patrick would be a strong candidate in the Granite State. “Deval Patrick is maybe the best campaigner I’ve ever seen,” says Braude, who along with his broadcasting partner Margery Eagan hosted Gov. Patrick’s monthly “Ask The Governor” radio program during his eight years in office.

“Speechifying and one-on-one, he’s tailor made for Iowa and New Hampshire. Throw in the fact that he’s a liberal who business types can relate to and you’ve got a candidate,” Braude says.