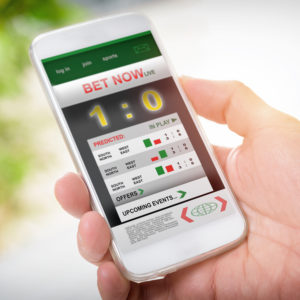 What’s worse than a secret contract with a multinational gaming corporation to oversee your state’s online gambling operations? One that loses taxpayers’ money.

That’s the situation Oregon taxpayers find themselves in as gaming giant SBTech fights in court to keep the details of its contract with the state secret, even as the company’s online operation is projected to lose $5.3 million by the end of the fiscal year.

SBTech suffered a significant legal blow last week when a circuit judge in Oregon’s third judicial district ruled that SBTech must release its contract. Now, the company has 30 days to either comply or file an appeal.

Meanwhile, a February memo from the Oregon Lottery reports that their “Scoreboard” sports betting partnership with SBTech “will have a loss of $5.3 million for the first nine months of FY2020.”

Critics argue that SBTech was always a questionable pick for Oregon’s online gaming operations. The Malta-based company has been accused of having gaming operations in Turkey and Iran, countries where sports betting is banned — and countries that have worked against the interest of the United States. According to a report from The Floridian, which examined whether the company has ties to Iran, SBTech “categorically denies that any of its customers or resellers are taking wagers from Iran or Turkey.”

Meanwhile, SBTech’s fight to keep a state contract shrouded in secrecy remains problematic, particularly given the gambling industry’s history. The state of Rhode Island just went through a heated debate over a controversial no-bid, 20-year, $1 billion gaming contract with IGT, another multinational company.

A key, experts say, is to properly vet these foreign companies who may have practices and relationships that would be troubling in the United States. It’s not easy, says Chris Grove, a gaming analyst and managing director of Eilers & Krejcik Gaming.

“When you’re an online gaming supplier, there’s a reasonable chance that you do not have full visibility into where and how your products are being used,” Grove told InsideSourcses. ” And the U.S. is likely a more complex and demanding market from a compliance perspective than the typical market an internationally-focused company may be used to dealing with.”

For now, the shadow of controversy has not impacted SBTech’s operations in New Jersey, Mississippi or Pennsylvania — all states where the company has launched, in what appears to be a drive to establish a national presence.

But the company is potentially undercutting public confidence in the integrity of the state’s gaming practices with its legal efforts to keep its deal with Oregon private.

Experts say that transparency by these companies — along with a willingness to fully comply with vetting processes — is critical to providing lawmakers and the public with the information they need to make decisions about multimillion-dollar deals that have major economic consequences.

In Pennsylvania, public officials appear to be aware of the risks of bad actors gaining a foothold in the state’s growing online gaming industry.

Doug Harbach, a spokesman for the Pennsylvania Gaming Control Board, recently explained the importance of thoroughly investigating any gaming operator seeking to do business in the online gaming space.

“Everyone is scrutinized for everything for background from potential crimes to their tax records,” he said. “The risk is that criminal activity usually occurs by allowing individuals to get in the back door. Some of these are foreign firms that want to do business in the Pennsylvania gaming industry.”