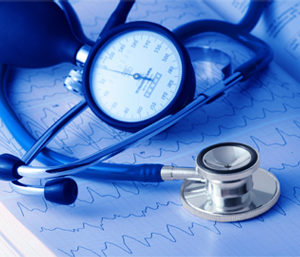 In Alfred Hitchcock’s “Psycho,” Detective Milton Arbogast expresses his dissatisfaction with suspect Norman Bates’ answers: “If it doesn’t gel, it isn’t aspic. And this ain’t gelling. Not coming together. Something’s missing.” I’ve yet to see a cross-country health care ranking that gels.

The mother of terrible health care rankings is the World Health Organization (WHO)’s World Health Report (2000). This is the source of the endlessly repeated, content-free claim that in “overall health system performance” America ranks 37th among nations, sandwiched between Costa Rica (36th) and Slovenia (38th) and Cuba (39th). (See the Cuba description below.)

Googling the “United States” “health care” OR “healthcare” AND “37th” yields about a million hits—despite the fact that WHO’s rankings were pilloried in academic journals and renounced by some of the report’s own editors. In “WHO’s Fooling Who?” and “The Worst Study Ever?” Glen Whitman and Scott Atlas, respectively, dissected these rankings. Data were often obsolete, spurious, essentially conjured up by the authors, or self-reported by propaganda-prone governments. The rankings also implicitly assumed that the health of individuals is primarily determined by health care when, in fact, health is mostly a function of individual behavior, genetics, environment, and social circumstances.

The most pernicious feature of the WHO report is that it doesn’t so much measure the delivery of health care as it does the authors’ concept of “fairness.” Other things being equal, WHO’s indexes would favor an egalitarian country where 100 percent of the population receives awful care over a less egalitarian country where 80 percent receive good care and 20 percent receive terrific care. The authors also preferred certain social democratic fiscal arrangements—taxation systems that look like Europe’s and not like America’s—and baked those preferences into the rankings. Thus, America’s low WHO rankings are no more surprising than teenage heavy metal fans rating Metallica and Megadeth higher on musicianship than Miles Davis or Yo-Yo Ma.

Bloomberg News issues an index of “healthcare efficiency” yielding headlines like “U.S. Near Bottom of Health Index,” which in 2018, ranked U.S. health care 54th out of 56 countries—below China, Turkey, Algeria, Peru, Romania, Ecuador, Kazakhstan, Belarus, Jordan, and Brazil. I have lectured twice on health care in Kazakhstan and have the highest respect for the practitioners and health officials I met there. But their per capita health care spending is a bit over $300 per year. By American standards, care is still quite rudimentary.

Bloomberg’s index largely focuses on longevity and expenditures per person. Average longevity, like health in general, is heavily influenced by things other than health care. (Average lifespan in America is shorter than in some other countries, likely because of our high rates of instantaneous death by murder or accidents.) Americans also spend a great deal for health benefits other than longevity—quality-of-life, for example. We’re wealthy and spend loads to reduce waiting periods and to finance expensive treatments that yield modest health improvements. Plus, America’s high dollar level of spending is driven heavily—not by inefficiency, but—by high demand for the resources that contribute to health care.

In its Global Access to Healthcare, The Economist ranks America below Cuba, whose system was described in 2007 thusly: “Hospitals and clinics are crumbling. Conditions are so unsanitary, patients may be better off at home, whatever home is. If they do have to go to the hospital, they must bring their own bedsheets, soap, towels, food, light bulbs—even toilet paper. And basic medications are scarce. In [Michael Moore’s film] ‘Sicko,’ even sophisticated medications are plentiful and cheap. In the real Cuba, finding an aspirin can be a chore. And an antibiotic will fetch a fortune on the black market.”

If it doesn’t gel, it isn’t aspic.