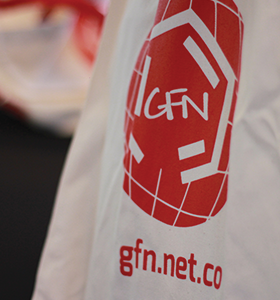 Tobacco harm reduction is the combined field of academic study, policymaking, and economic innovation that emphasizes the safer delivery of nicotine.

The central theme of the conference this year was “It’s time to talk about nicotine,” a reference to the raging international debate surrounding vaping, e-cigarettes, and risk-reduced nicotine products. The central challenge is continued stigmatization of nicotine as a drug.

This year’s forum was programmed to examine the swift development of science related to nicotine and its uses and how countries should respond through policy and regulation.

The forum featured plenary panels, specialized break out sessions, a nicotine technology symposium, and even a film festival. Previous submissions to the film festival included works with titles like “The Vaping (not) Dead.”

Scientists and policy experts alike also used GFN as a platform to introduce the findings and results of their new research.  For example, the research and development teams for firms like e-cigarette manufacturer Juul Labs released the results of several studies during the forum. One company-sponsored study found the emissions from secondhand vaping are significantly less toxic than secondhand smoke. The study’s findings suggest that secondhand emissions of the vaping aerosol from Juul devices have about 99% less formaldehyde and carbon monoxide than combustible cigarettes.

Another study from a research team representing the Glasgow-based Centre for Substance Use Research found that vaping among American youth aged 13 to 17 is not as rampant as previously believed.

One overall theme at the GFN event is the need for governments and regulators should embrace public health policy that supports harm mitigation over prohibition approaches.

Ronald Dworkin, a senior fellow at the Hudson Institute and an anesthesiologist, delivered the Michael Russell Oration arguing this point.“Public health does important work in many areas, such as infectious disease and sanitation,” he told Vaping Post, elaborating on his lecture.

He added: “The problem arises when public health takes its scientific method into the everyday spheres of political and economic life—for example, into matters of social justice, social welfare, equality, wealth redistribution, governance, childrearing, human relationships, and so on—without any real knowledge or experience in these areas.”

Several speakers argued that tobacco harm reduction should be supported the same as intravenous drugs harm reduction. Professor David Abrams of the New York University College of Global Public Health spoke on this during a lecture to conference attendees.

“Harm reduction sits at the intersection of human rights and social justice. And that it’s about the people- including smokers and their fundamental right to make decisions for themselves and have access to technology that assists them in attaining better standards of health,” Abrams said.

Consumer advocacy groups and nicotine users made up the other key aspect of the forum. INNCO, or the International Network of Nicotine Consumer Organizations, held their annual gathering during the conference. They passed advocacy resolutions and recognized the work of noteworthy advocates and professionals promoting tobacco harm reduction products.

“GFN is an excellent event for introducing new potential advocates to the truth about vaping and reduced harm products,” Conley said. “Even as someone who has studied and endeavored to learn everything possible about the science behind reduced risk products, I still walk away from GFN with a lot of new knowledge. I attend numerous events every year, and GFN is almost always my favorite event of the year.”