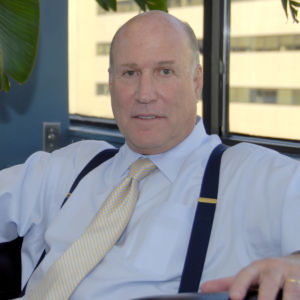 Richard Berman: A Savvy Influencer Who’s Hated by the Left — Part One

Richard Berman is not a name too many people outside the realm of politics have heard, but his influence spans across many issues that impact people across the country. InsideSources sat down with Berman to discuss his approach to persuading public opinion, his business philosophy, and the criticisms he has faced over the years.

Berman is best known for his work fighting for issues important to the business community. His work and network of associated nonprofits have earned praise for their effectiveness, and also scorn from many on the left. But a lot of what he does simply comes down to changing how people view policy issues.

“I appreciate the praise, so when someone says good job, that was interesting, or I never thought of it that way before, I feel it legitimizes what I am up to,” Berman told InsideSources. “When I see the criticism, what I say to myself, and what I say to my staff, is if we weren’t being effective, no one would even pay any attention to us. So I take every attack as a metric for effectiveness.”

Berman started as a labor law attorney before eventually moving onto lobbying where he represented the interests of the business community. His experience would eventually lead him to become the founder of Berman and Company – a Washington, D.C., based public affairs firm specializing in research, communications, and creative advertising.

Berman and Co. would become the centerpiece of a network of nonprofits after it was founded in 1987. Each of the nonprofits covers a particular policy area with informational and educational campaigns aimed at influencing the public debate. They have launched media campaigns and publish research on issues like energy policy, the minimum wage, alcohol, government regulations, and consumer rights.

Berman developed his network of groups around lessons he learned while lobbying. He noticed in the preceeding years that business interests weren’t keeping pace with activists on the left when it came to using new forms of communication politically. He also saw they weren’t doing a lot to anticipate future political issues.

“I was doing exactly what everybody else does, running up to the Hill, talking to members, talking to staff, and after a while, I just didn’t find that to be totally rewarding as I had first found it to be,” Berman said. “It was about the time when the Internet came along that I thought I’d rather lobby the public than lobby the Hill.”

Berman recalls that at the time activists on the left were really the only ones using the Internet politically. They raised money, organized themselves, and got a bigger footprint for their groups. The business community and other groups on the right just weren’t doing the same.

“The Internet was not a tool being used by business interests and I thought that didn’t make any sense,” Berman said. “What was happening here was the public was getting a very different and broader perspective on issues, but it was all coming from the left because those were the people who were using this new form of communication.”

“So about the time I was talking about the Internet, I was also talking to my clients and saying I don’t understand why, if we know issues are coming, why we don’t anticipate them and start to put in place the academic support for the position we’re going to have to take,” Berman said. “That made sense for some of the people who I was lobbying for. And so we set up a fund, and the fund was for the Employment Policies Institute.”

Berman and Co. was to be different in how it was setup and approached political issues. The company provided services to the nonprofits – like staff – while each group could function independently in their policy area. The model also allowed Berman to ensure donor money was going to the issues they cared the most about.

The Employment Policies Institute focused on workforce issues so donors to the group would know their money was going to that policy area. That model would soon lead to other nonprofits like the Center for Consumer Freedom and the Center for Union Facts.

“But there’s no crossover except for that fact that we got to the point where there were several organizations, I could then hire far more sophisticated staff who could migrate from one issue or one organization to another,” Berman said. “And we didn’t have to hire an individual with that kind of talent for each one of those organizations. Some people share a Xerox machine, while I was sharing a vice president of public affairs.”

The nonprofits were also setup with separate boards of directors, separate bank accounts, and each one was designed to function as if were an individual trade association or think-tank. Berman and Co. united them all by getting them started and providing services like staffing.

Berman also wanted the nonprofits to have longevity to them so they could be working on issues whether they were important at the time or not. This allowed the groups to anticipate incoming political fights – and prepare early by continuing to communicate their position to the public.

“As opposed to the law firm that might setup a little coalition that is here today and gone tomorrow, I setup organizations that were working on issues that weren’t evergreen, but they were never-ending,” Berman said. “And that then made it even more logical to have something that had longevity attached to it.”

The Berman and Co. business model itself has been attacked by critics who call it a scheme. The Center for Media and Democracy, a progressive watchdog, called the nonprofits front groups that release misleading reports, op-eds, and ads. The Guardian also referred to the nonprofits as front groups in a 2015 article.

“There is no front because there is total transparency,” Berman said. “Our tax returns are available, and Berman and Co. supplies services. And those services are paid for by those nonprofit groups, and that’s all on the tax returns. So there’s no front group like some group that has a name and you can’t figure out who is behind those people. Now what I don’t do is tell the people who are supplying money to those groups. But that’s not any different from any other nonprofit in town.”

ThinkProgress, a progressive news website, called him the “mastermind of the world’s most despicable PR campaigns.” Mother Jones, a progressive magazine, called him a “notorious AstroTurf pioneer.” Berman brushes off those attacks as a sign he is being effective – knowing if he wasn’t people wouldn’t spend time attacking him.

“But for the most part people know who we are,” Berman said. “They know I’m behind that group–I’m not behind it, I’m right in front of it. They say that group is hiding something–I’m there. I’m writing op-eds. I’m not getting some ghostwriter to write it. We’re writing them. So it’s one of these criticisms that as soon as you scratch the surface, you say that doesn’t make any sense. There’s no there-there.”

Berman notes that it wouldn’t be considered strange if a public relations firm setup a nonprofit because it happens all the time. He notes the only thing that’s different about his model is that he has done it multiple times and with greater efficiency.

The Berman and Co. network has become involved in issues like obesity, healthcare, food safety, labor law, alcohol, and government regulations. Berman notes he must already believe in a position before he starts fighting for it – for him, it’s about doing what he already has a passion for.

Berman notes that one thing he is adamantly opposed to is charity groups misrepresenting what they do with donations – calling it a scam he would like to expose. He points to The Humane Society which runs well-known television spots of disregarded cats and dogs to raise money. He argues the group is more focused on stopping people from eating meat.

“They collect like $130 million a year. One percent goes to shelters,” Berman said. “I think that’s a huge scam. You give money; you see these poor dogs and cats; you see the music on T.V. with those poor dogs. And then you find out these guys have $50 million stashed in the Caribbean in a hedge fund. You find out they put more money in their pensions each year than the shelters, and you think, I’m going to expose this.”

The Humane Society said they don’t consider Berman to be a serious or informed critic of their work when asked by InsideSources. The group points to informational webpages it published about Berman and the Center for Consumer Freedom which argue that he deploys underhanded schemes against legitimate organizations.