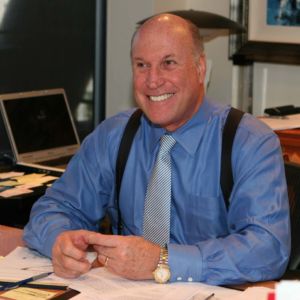 Editor’s Note: Please see Part One of this article here.

Richard Berman has fought for issues important to the business community with a fieriness that has attracted hatred from the left. InsideSources continues our discussion with Berman as he details his advocacy campaigns and what is behind them.

Berman over his career has established a network of groups with each covering a particular policy area like employment. His public affairs firm, Berman and Company, ties these groups together by providing services like staffing. The setup has helped lead to political victories in several policy realms.

“I know some people but I certainly don’t know as many as someone who is lobbying for a living,” Berman told InsideSources. “But we have what I would consider to be a lot of intellectual strength. I like our guys to always use as a North Star when we’re talking about issues, at meetings, coalitions, or wherever they might be, I always like to say, be the smartest person in the room, and if you’re the smartest person in the room it means you did your homework.”

Washington D.C. was a very different place back in the 1970s. Berman recalls how there was only a handful of good restaurants and the only business interests in the city were mostly government contractors. The trade associations and other business groups were primarily located in New York City and Chicago.

The federal government and its influence have grown significantly in the decades since. The business community had an ever-increasing reason to get involved in politics as lawmakers and activists pursued policies that impacted them. Trade associations moved to the city and started doing more in the political sphere.

Berman adds that the left, in contrast, is always trying to accomplish a new part of their world vision – which means they have to be more aggressive. But he notes that within the business community there are people who want to be more aggressive in fighting back against progressive causes.

“There are always people who are unhappy with the trade association position, which tends to be a compromise position because their board requires them to somehow keep the peace,” Berman said. “But some people on the board aren’t happy with that, they wanted a more aggressive posture, and that’s who we tend to represent. So we say we’re involved on this union issue, and there are people who will say I want you guys to go after this with a knife in your teeth.”

Berman adds that people have to be aggressive to get anything done in politics. He points to labor unions who he says threaten lawmakers with money or losing elections to get what they want. But his philosophy on being politically tough would become a point of controversy when a New York Times reporter released a tape of him talking at a meeting with energy company executives.

“I was criticized. I don’t know why, but I was criticized by a reporter from The New York Times who had got their hands on a tape when I had given a speech out west,” Berman said. “I had said the same thing I have said a hundred times in public forums, they just happen to have it on tape. But I said in this town you can either win ugly or lose pretty. And the fact is people who get something done in this town, generally, do it with a no-holds-barred approach.”

Berman approaches politics with the lesson he learned about being forward-looking. He notes the people who are ahead on issues get to decide the rules and language before they become bigger policy fights. Berman and Co. and its associated groups have used that approach in how they handle political issues.

“There are some people who can look at the situation and say, I see the train down the tracks and you’re right. I see it coming this way. It’s a long way off, but I think you’re right. We should do something about it now,” Berman said. “There are other people that will wait for it to run over their foot.”

The Employment Policies Institute has been consistently in opposition to increasing the minimum wage whether the issue is in the news or not. They have released reports and launched media campaigns warning that the policy could result in severe consequences like fewer employment opportunities and businesses being forced to close.

Democrats and progressive activist groups in recent years have focused on raising the minimum wage to $15 an hour – at about double the current federal minimum wage. The Fight for $15 movement has seen victories in localities across the country since Seattle first passed the policy in June 2014.

Berman was already involved in the battle, fighting back against the idea. Time Magazine came to him around then to do an interview on the minimum wage. He thought he would be one of several prospective the publication would include – but to his surprise, the resulting article ended up focusing on him.

“The story comes out and it’s a two-page color spread of me,” Berman said. “So I called the reporter up and said I don’t get it, I’m flattered, but I don’t get why you did that. And she said, well I went around and talked to a bunch of people and talked to the trade associations and etc. and she said, I have to be honest, no one was doing anything. They said they were but they weren’t doing anything.”

Berman notes that what his groups have been able to do isn’t anything profoundly new like creating cold fusion. They are simply communicating their position and changing opinions. He adds that a huge part of that is to create common knowledge. He points to how everyone knows that driving is more dangerous than flying, but don’t know by how much, or where they first heard that. He describes it as: “When you know something but don’t know why you know it.”

“What I’m trying to do on so many of our issues is to convince people of a point of view that gets so deep into their head that it becomes common knowledge that point of view is the legitimate point of view,” Berman said.

Berman considers his fight against a union-backed card check bill around 2008 as one of his biggest victories. Democratic icon and 1972 presidential nominee George McGovern did a video for him warning against the policy. He argued the policy robs employees of their right to keep their vote a secret during union elections. Berman believes the video helped sway some Democratic lawmakers away from supporting the bill because McGovern is such an important figure on the left.

Berman notes that most of his victories aren’t huge like fighting back a federal minimum wage proposal or upending card check. Instead, he would rather fight a political issue before it has time to actually evolve into something bigger. His goal isn’t necessarily to win big victories but stop issues from ever getting big to begin with.

“The big victories like the minimum wage on the federal level or beating card check, those don’t happen that often,” Berman said. “If I can stop it from ever really getting any traction, if you can kill it in the crib, so to speak, well that’s a victory.”

Berman describes the information platform that his groups deploy as fairly basic. They are less interested in releasing 20-page whitepapers, and instead gear their informational campaigns to the public. The goal, after all, is to influence the public debate by providing research and a new perspective on political matters.

“When we put our messages out we use a lot of humor,” Berman said. “We use an information vehicle that’s pretty basic. We don’t put out 20-page white papers that no one is going to read anyways. So we’ll put out videos; we’ll put out full-page ads that have a pretty plain message.”

Berman adds that where the complexity comes into play is having everything well researched. The video might have a basic message but the information behind it would be reliable and footnoted. He says his groups are able to do this by relying on data that comes from nonpartisan sources like universities and government agencies – such as the Bureau of Labor Statistics.

“If I quote the Harvard School of Public Health, it doesn’t matter who paid me to say that because I’m not saying what they said, I’m saying what the Harvard School of Public Health said,” Berman said. “All they did was pay me to echo what some research had already said out of some university that isn’t publicizing their own research. I’m being paid to find the good information and put that out in front of the public.”