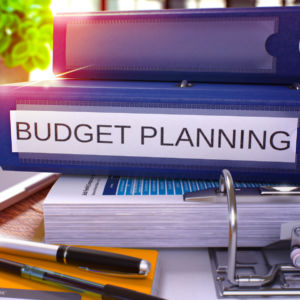 The Iowa Legislature is now in legislative overtime, as Tuesday began lawmakers’ 101st day in their respective chambers. Legislators’ expenses are no longer covered when sessions extend beyond 100 days, and it appears that those expenses will continue as an end to the 2018 session does not seem imminent. House and Senate Republicans, who control the legislature, are still at odds on two important issues that are needed to be completed before the capital is emptied for the season: the fiscal 2019 budget and tax reform.

Both branches of the legislature have proposed their own respective tax reform plans, with the Senate passing theirs while the House’s has yet to see the debate floor. Hesitation on tax reform in the House has been tied directly to the creation of the fiscal 2019 budget, which is finally in the developmental stages as overtime begins, though no formal bills have been voted on. Proposal budget targets however have been released by both Republican caucuses that illustrate overall budget increases in fiscal 2019 as compared to fiscal year 2018.

The estimated fiscal year 2018 budget, which required $35.5 million in midyear budget cuts (the second straight year that midyear action on the budget had to be taken), is currently set at $7.254 billion, according to caucus documents. Senate proposals call for an increase from the 2018 budget by approximately $200 million, bringing the fiscal 2019 budget target to $7.484 billion, or an increase of 3.2 percent. The largest portion of the Senate proposal is approximately $1.835 billion to fund Health and Human Services, which includes the state’s managed care program. Education comes in at the second highest funding amount at approximately $913 million. The Senate proposal also includes approximately $3.862 billion in unassigned standings.

According to Senate Republicans, their proposal accomplishes eight goals, which includes the funding of the 2019 Future Ready Iowa Act (which passed earlier this session) that requires $2.6 million in funding in 2019 and $18 million in 2020, as well as funding the recently passed mental health reforms. However, much of the mental health reform relies on county dollars to reform the state’s programs, but will eventually require state funding within five-to-six years ahead. The proposal vows to payback the $13 million loan that Governor Kim Reynolds took from the state’s reserves last year, increases funding to community colleges and regent universities, and funds a an “eight percent across-the-board tax cut.”

House Republicans have a different plan, however. Their budget increase for fiscal year 2019 rises to approximately $7.489 billion, or 3.23 percent. In total, all areas of the budget are similar to the the Senate proposal, and advocate for the accomplishment of similar goals, except for funding tax reforms. The House tax plan calls for a decrease to of approximately $1.3 billion in income tax reductions over the next five years, with no corporate tax reform.

According to revenue estimates by the Revenue Estimating Conference (REC), the state’s revenue in fiscal year 2019 will equal $7.545 billion, and will see nearly $188 million as a result of federal tax cuts and the federal budget act, which is enough to compensate for the House tax cut of approximately $100 million. House Republicans’ ending budget balance for fiscal year 2019, with tax reform, is estimated to be at approximately $149 million.