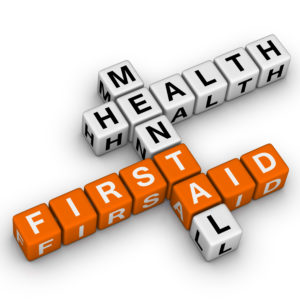 Following a 2017 legislative recess that saw four Iowa teens commit suicide over a six week period, and a Des Moines Register poll that showed that over 70 percent of Iowans thought that that state’s mental health system was a “big problem and a crisis,” a bipartisan, five-point, $31.32 million mental health reform package was signed into law. The package reforms Iowa mental health care systems, focusing not only on acute crisis endeavors, but long term treatment programs as well. An additional bill coinciding with a mental healthcare overhaul was a bill that would make it mandatory for teachers to receive a minimum one hour, per year, training session on teenage suicide prevention and awareness.

“People have been trying to get this done for quite a while, for years,” said Executive Director of National Alliance on Mental Illness (NAMI) Iowa Peggy Huppert. “So we can’t overstate the importance of these two bills both passing unanimously out of both chambers. That’s just unheard of.”

Huppert was one of 22 members of a Complex Service Needs Workgroup under the guidance of the Iowa Department of Human Services, that was commissioned in December to evaluate the Iowa’s mental health care system and make recommendations to the House Human Resources Committee. Just three months later, the state had passed every recommendation outlined in the report.

“That’s just unheard of,” Huppert said. “What I think it signifies is that this issue has reached a tipping point. One in five Iowans experience a mental illness in given year. Approximately 130,000 Iowans live with chronic and serious mental illnesses.”

Iowa Mental Health care has been a long time dilemma for the state and its administrators. After building four state-run institutions in all four corners of Iowa between 1861 and 1902, a total of 6,000 residents were institutionalized by the 1940s. With the ongoing trend to avoid asylums and institutionalization since, the state has closed two institutions in Clarinda and Mount Pleasant. While moving away from institutionalization, the closure of these institutions slowly led to a shortage of inpatient psychiatric beds. So much so that as recently as 2016, Iowa ranked last in the nation for the amount of beds per capita, at two per 100,000 people (a total of 64 beds). Coupled with a longtime regulation that the federal government would not reimburse psychological healthcare service charges for institutions with over 16 beds, running large scale institutions became a burden for the state. However, the fallout has led to a burden on the state’s law enforcement officers.

According to Huppert, 50 percent of the population, at any given time in county jail and state prison, has a serious mental illness. Sheriff’s deputies are often called when there’s a person experiencing a mental health crisis. Although the officers are working on diverting persons with mental health disorders from jails and prisons, when a deputy encounters a person in crisis, that person is escorted to an emergency room, where the hospital advises the deputy to stay with the patient until he or she is cleared from the hospital. However, according to Huppert, most hospitals in the state aren‘t equipped with the right medical personnel to handle an individual in crisis. Which means that the deputy must stay with the patient until they are either medically cleared to leave the hospital, complete a scheduled telehealth consult with a professional, or must be relocated to an inpatient care center across the state (given the shortage of beds). Huppert said it’s not uncommon for a law enforcement individual to spend up to or over 48 hours with one patient. Not to mention that the deputy must return to the care center several days later to escort the individual to their court ordered hearing.

With the new legislation, Huppert said that the Iowa mental health system can become more efficient and therefore provide better care to all types of patients

Six Additional Access Centers and Increases in Residential Services
One of the major and most important pieces of the reform legislation calls for the creation of six new “access centers” that will provide 24/7, no-eject, no-reject facilities for patients in mental crisis, following a clearing by a medical doctor. These facilities, in keeping with the Medicaid requirement, will be no more than 16 beds each, for a total of up to 96 additional beds in the system, which Huppert said is optimal for the population that would need access to inpatient beds. Huppert also said that while expanding beds was a goal of the stakeholder group and the legislation, the priority of mental health reform was to ensure that patients who didn’t need to be in inpatient care weren’t bogging down the system, and costing valuable resources. An inpatient stay can cost up to $1,200 per day.

In addition, the bill also calls for up to 120 beds be allocated in residential facilities and homes to help persons with mental illnesses to acclimate to life within their home communities, in groups of three to five. Huppert said that this allows persons with mental illnesses to live independently and be supervised by a home-care team, also known in the legislation as Assertive Community Treatment (ACT) teams. A total of 14 new teams will be created by the fiscal year 2020, according to the legislation. Huppert said that these teams act as case management workers to help ensure that persons with mental illnesses are taking the proper medication, paying bills, as well as maintaining their dietary needs, all of which will help prevent them from returning to inpatient centers and occupying needed beds.

Increased Crisis Services and Acute Inpatient Care
Previously, Iowa’s 14 Mental Health and Disability Services Regions (MHDS, comprised of various partnerships between Iowa’s 99 counties) had the option to provide crisis services to their respective regions. Under the law, providing crisis services would be mandatory. Such services provided would adding mobile response units, 23-hour crisis observation and holding, crisis stabilization community-based services, crisis stabilization residential services, and subacute services provided in facility and community-based settings. Huppert said that these subacute facilities are similar to what many know as “Level I” trauma centers, in which staff aren specially trained to handle a mental health crisis. Huppert said that no new facilities would need to be built, per say, however existing hospital and emergency units across the state could become certified.

Footing the Bill
According to the Iowa Legislative Services Agency (ILSA), from fiscal year 2019 to fiscal year 2020, the legislation costs approximately $31.32 million. According to ILSA, the aggregate unspent balance of all of the MHDS regions is approximately $145.4 million in fiscal yaer 2017, and are expected to have an ending balance this fiscal year of $109.3 million. In addition, the regions have also not used up $30 million in property tax levies. According to the legislation, the MHDS regions would be responsible for the upstart costs of the reforms, and would continue to finance all the expenses. Huppert said that no new state allocations would need to go to the legislation for the first “couple years.” She acknowledged that having the regions continue to dip into their yearly savings would be unsustainable, and eventually, law makers would need to include funding to the programs, or increase the property tax levy.

The last two years, the state has had to make mid-year budget cuts of over $30 million, and has borrowed against its reserve accounts. The Republican-controlled legislature would like to take action on the Governor’s tax cut proposal, which at the very least is targeted to cut taxes by approximately $1.7 billion over several years. The Future Ready Iowa Act was also passed this year, which would require new annual funding appropriations as well. Over the next two fiscal years, that legislation will cost approximately $18 million.